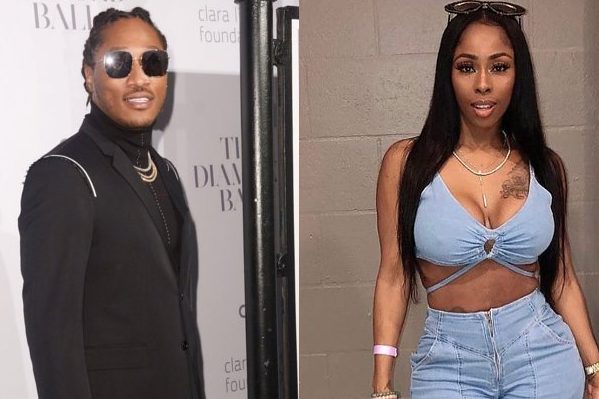 Rapper Future is accusing Eliza Reign, the purported mother of his one-year-old daughter, of turning his world upside down. He claims she’s been speaking about their relationship publicly, and harassing him online.

According to new court documents filed on May 4, Future said Reign has had a negative effect on his career and his reputation, which is causing him to suffer, “tremendous emotional distress.”

He also said Reign has falsely claimed he tried to force her to get an abortion, and when she denied his request he threatened her life. In court documents obtained by BOSSIP Future’s humiliation didn’t stop there. The rapper claims Reign allegedly spilled tea on their sex life, and even went as far as openly describing his goodies.

He said the only reason why she is publicly speaking out against him and defaming his character is simply for clout.

In January, Future’s lawyer wrote a cease and desist letter to Reign accusing her of having payments sent to her Cash App account for things that were related to sex work and other illegal activity.

Upon the discoveries, his lawyer addressed a letter to Reign saying,

“You should at least return this cordialness to (Future) and stop slandering his name and publishing private matters between you two.”

The rapper is seeking payment from Reign and also permanently banning her from speaking out about him. Although Reign was able to get the original complaint case dismissed the judge gave Future until May 5 to refile or the case will be dropped.

In this old clip below, Reign is opening up about her intentions and what she wants from Future.