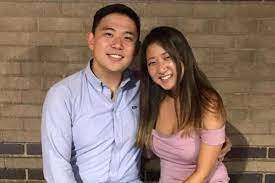 A former Boston College student has pleaded guilty in the case of her boyfriend’s suicide. Part of that plea deal also includes that she will not serve any jail time.

Urtula ultimately followed through and jumped to his death from the roof of a parking garage in Boston on May 20, 2019. Prosecutors also said Urtula texted girlfriend You before killing himself, saying “… I’m happy I got to spend my last night with you. I love you Inyoung until my last breath.”

As part of the plea deal Suffolk Superior Court Judge Robert Ulmann sentenced You to 30 months in jail.  But that sentence would be vacated as long as she adheres to the terms of her probation. Suffolk District Attorney Rachael Rollins said, “This agreement with defense counsel was made in close consultation with the Urtula family. It is consistent with their desire to seek accountability.”