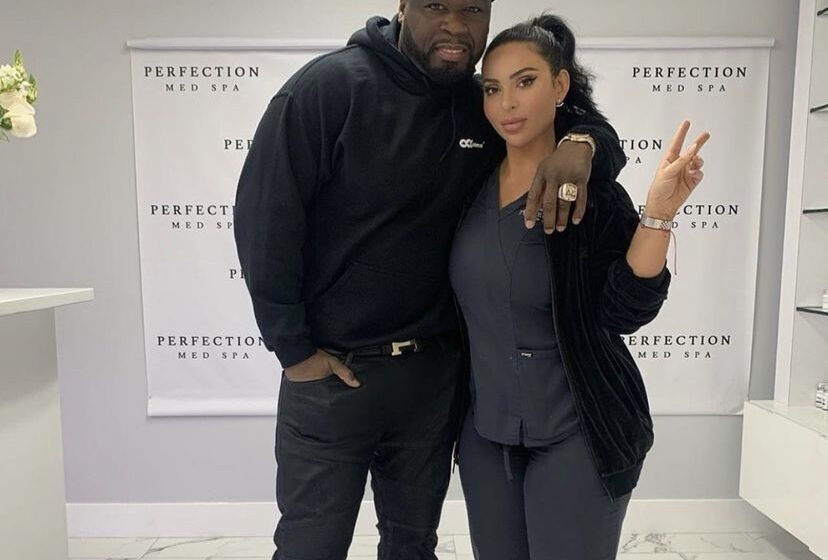 TMZ previously reported that 50 Cent was suing plastic surgeon Angela Kogan and her businesses, Perfection Plastic Surgery and Med Spa, for using a photo that was taken at the facility of her and the rapper for promotional purposes. Kogan reportedly alluded that 50 stopped by the office to undergo penis enhancement treatment. Now she is asking the judge to drop the suit against her.

According to court records obtained by All Hip Hop, 50’s suit claims that he took the picture with who he believed was a fan. However, the woman in question used the image to promote her services, implying that the rapper came in to get a penile enhancement. Kogan and her attorney are asking the U.S. District Court in the Southern District of Florida to dismiss the suit.

Kogan’s attorney said in a statement,

“It is clear from the Photo itself that the taking thereof was not a random happenstance or unsolicited occasion. The content of the Photo shows [50 Cent] in [Kogan’s’] office, next to [Kogan] in her role as a businesswoman/aesthetician (i.e. in professional attire).”

“The Photo is not representative of [50 Cent] running into a random fan in the middle of the street; rather, it specifically highlights [50 Cent] in a specific situation, for a specific purpose, in exchange of a specific transaction.”

It is unclear the amount 50 Cent is suing for at this time.