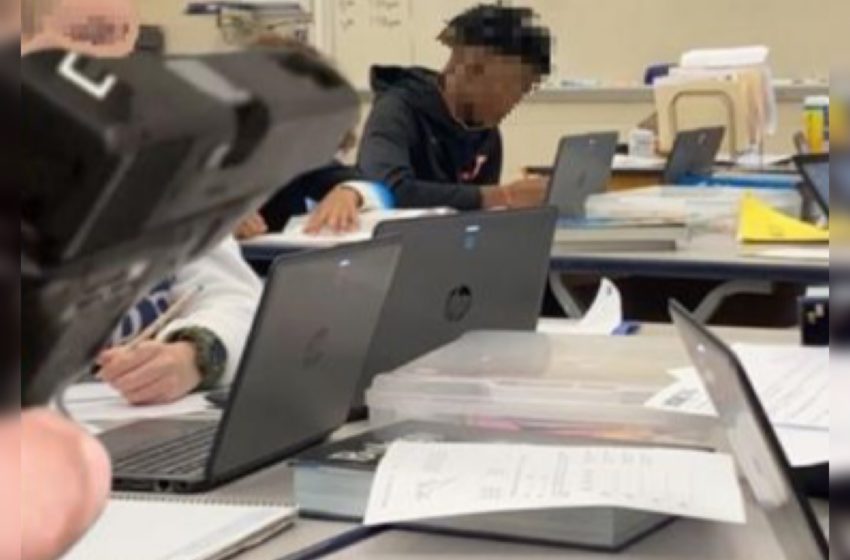 A school in Taylor County, Florida is keeping things on a regular schedule even after a photo was sent with a gun pointed at a student’s head.

Keira Upshaw‘s is furious after this photo surfaced of a gun pointed at her son’s head. The photo was airdropped to Taylor County High School students on Monday. The picture was originally posted to Snapchat and shows what appears to be someone aiming a gun at the Black teen as he sits at his desk.

The photo had the caption “Got that n***er.” Police believe that the picture was actually photoshopped.

“I immediately, like my heart sank,” Upshaw told local station WCTV. “I’m like okay, is he okay, is the school on lock down, have any precautionary measures been taken?”

Should the school have shut down as investigation took place?