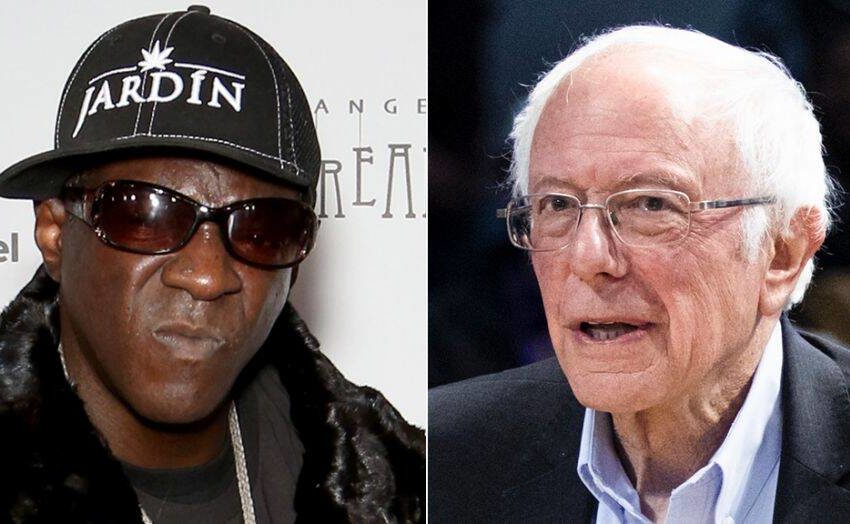 Flavor Flav disagrees with Bernie Sanders falsely claiming that Public Enemy would be performing on Sunday for his campaign event.

On Friday, the rapper’s lawyer sent a “cease-and-desist” letter to the Sanders campaign saying that Flav and Public Enemy were not endorsing Sanders.

According to the letter obtained by The Hollywood Reporter,

“The continued publicizing of this grossly misleading narrative is, at a minimum, careless and irresponsible if not intentionally misleading. Flav is reaching out, not in the spirit of division, but for the sake of unity in the hope of preserving the integrity of the Public Enemy Movement and the faith and trust his millions of fans around the world have placed in him.”

Public Enemy co-creator, Chuck D will be performing, but he had a few words about his fellow bandmate, Flavor Flav.

“Flavor chooses to dance for his money and not do benevolent work like this. He has a year to get his act together and get himself straight or he’s out.”

However, Sanders’ campaign has been promoting his March 1 rally at the L.A. Convention Center.