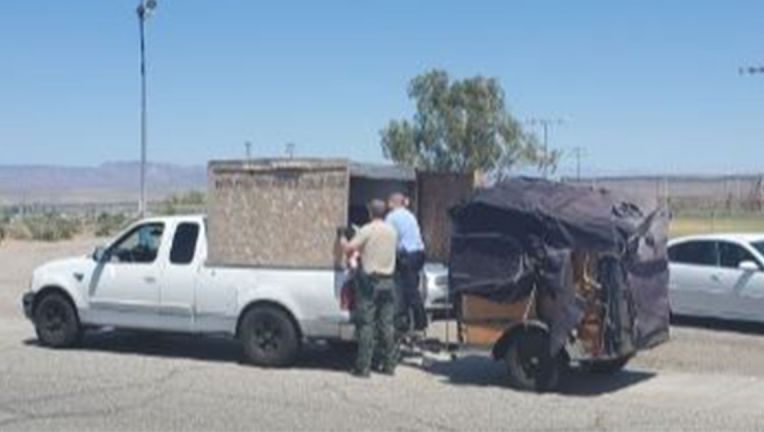 Five children who are between the ages of one to 13-years-old  were found in a small crate attached to a bed of a truck with no ventilation, water, or air conditioning in 100-degree temperatures.

Someone had called the police after the vehicle was located in the City of Needles California. According to the San Bernardino County Sheriff’s Department, illegal narcotics and drugs paraphernalia and a shotgun were found at the site.

All three are being held at the Colorado River Station jail.

View the full story down below.