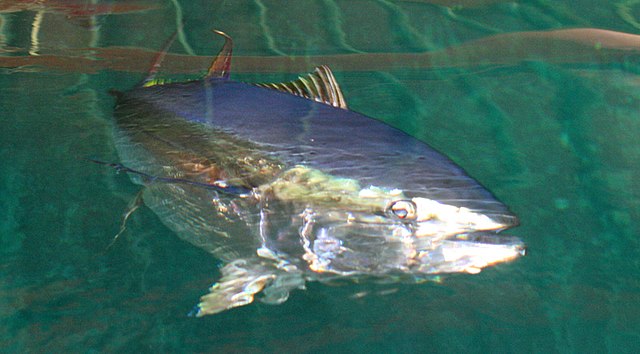 Hawaii police and the Coast Guard are searching for a man they say was dragged off to see by a tuna fish, NY Post reported.

Fisherman, Mark Knittle of Captain Cook was reportedly fishing with a friend at the time of the incident. The two were fishing four miles off the coast of Hōnaunau on the Big Island when Knittled appeared to have snagged the fish.

Knittle reportedly told his friend just before he was pulled into the water.

The friend attempted to save Knittle by grabbing the line but missed. He told police that he saw Knittle on the surface for a brief moment but he disappeared

according to the outlet.

Police and Coast Guards have been searching for Knittle since his disappearance but say there’s a chance the massive fish dragged him far beyond their reach.

“Usually our incidents like this are along the coastlines. This is a different situation because it’s out in the deep,”

“If there’s a fish that’s actually pulling him around, you don’t know where he could go,”

The Hawaiian Ahi Tuna can grow up to 6 feet and 400 pounds, according to the National Oceanic and Atmospheric Administration.