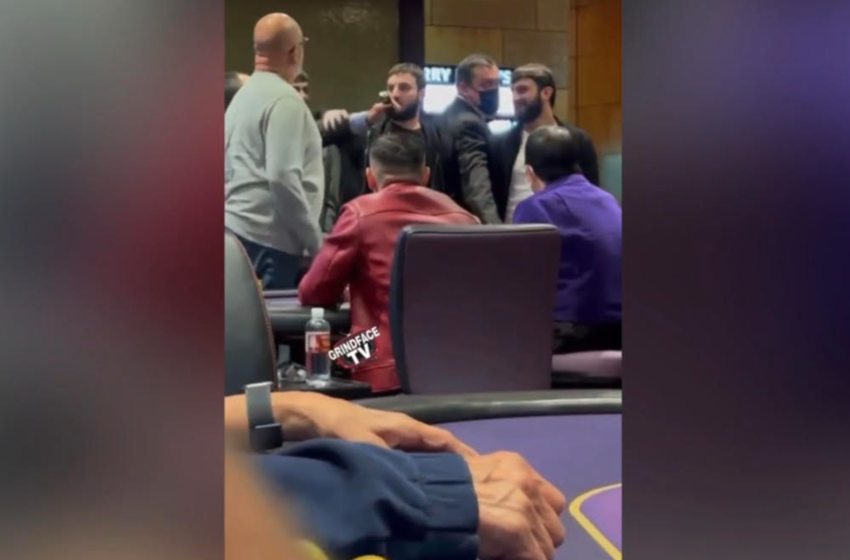 A bazar video of two men brawling over a

insult has been making its rounds throughout Twitter. The two men appear to be involved in a heated conversation before fists began to fly.

While it’s unclear how the verbal dispute began, the two men appear to be insulting each other at the HUSTLER Casino in Los Angeles. One man then said

to the man he argued with and the dispute elevated. The man instantly reacted, spitting at the insulter and throwing a jab, which prompted the other man involved in the incident to grab a table and toss it. The physical altercation was immediately defused when an officer became involved managing to get one attacker to the ground.

Reports noted that the casino has banned both men. The establishment said that they don’t condone “any form of violence.”