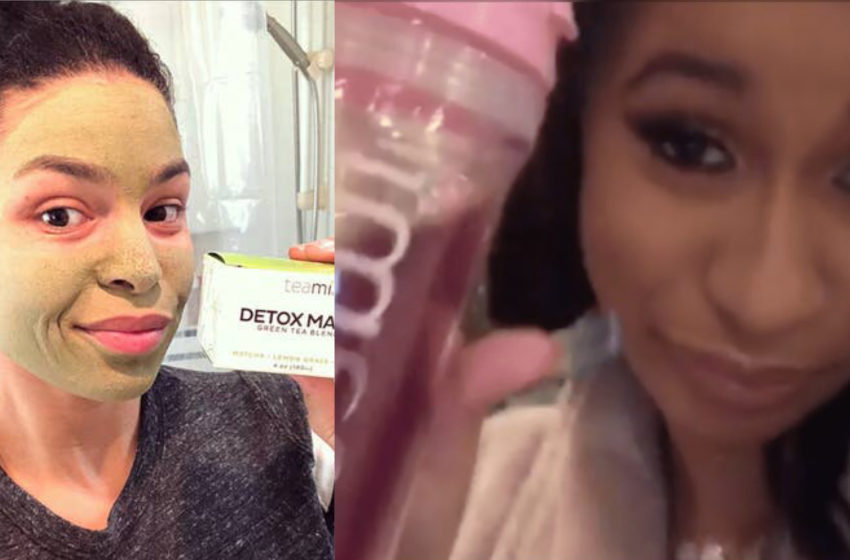 Cardi B is in trouble with The Federal Trade Commission (FTC) over misleading Instagram posts featuring popular tea company, Teami Blends. According to Complex, Several consumers have been misled by their products, and as a result, Cardi B has received a warning.

Cardi isn’t alone, some of your favorite influencers including; Jordin Sparks, Adrienne Bailon, Alexa PenaVega, Brittany Renner, and others have also received written warnings. Due to sharing sponsored content on their Instagram profiles without advising their followers of the paid advertisement.

Teami Blends is widely known for producing its signature “detox tea,” which claims to help with weight loss and treating diseases. The FTC aims to protect consumers and has advised Teami to stop with false ads, they also will be returning $1,000,000 to “consumers who were harmed.”

Influencers were paid to post videos of Teami, but this violates the FTC’s Endorsement Guides because you can’t receive payment to advertise a product without stating it’s a paid ad.

The legal director of Truth in Advertising Laura Smith said, per BuzzFeed News,

“Today, there are more than 1 million Instagram posts that bear hashtags associated with detox teas on Instagram. This means that on any given day, a countless number of young consumers are exposed to this egregious and widespread deceptive marketing issue.”

Director of consumer protection at the FTC, Andrew Smith, said

“These posts only disclosed they were advertisements when users clicked on the caption under the content.”

These Influencers need to tighten up and let the folks know the ads are sponsored!