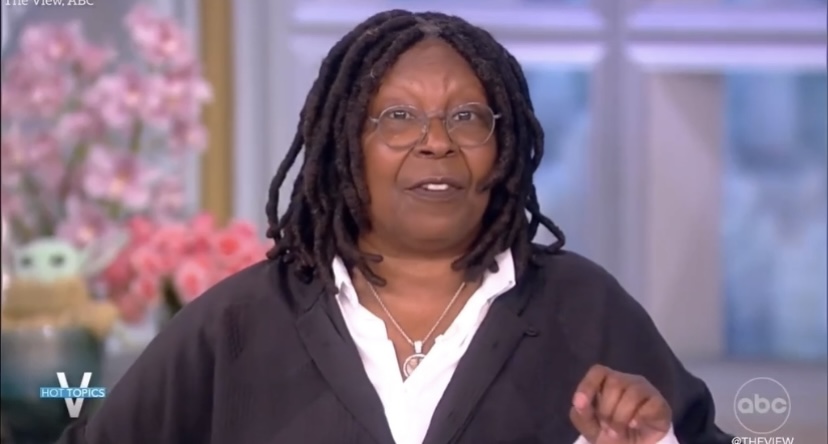 Actor and The View host Whoppi Golderberg is receiving backlash from fans who believe she was being too vulgar for daytime tv. According to The Sun, fans are demanding for Whoopi to be fired from hosting The View after she said the word “a—“ on air.

In a clip obtained by ABC the daytime tv host is speaking on the topic of parenting when she says,

The View fans weren’t happy to hear that with their morning coffee. One viewer posted in a fan thread,

“Someone needs to start pushing back on Whoopi. I have a feeling someone will not let her interject one day which will cause Whoopi to go full-on nuts honestly. She has gotten exponentially worse this season so I hope next time contract negotiations are up it’s time to go, or work less days.”

Another chimed in and said,

“Whoopi and Sunny’s [Hostin] foul language was a bit much today.”

“between Whoopi using the word ‘b***hin’ and Sunny referring to Republicans ‘p**sing on her leg when it’s raining,’ I had to turn the show off,”