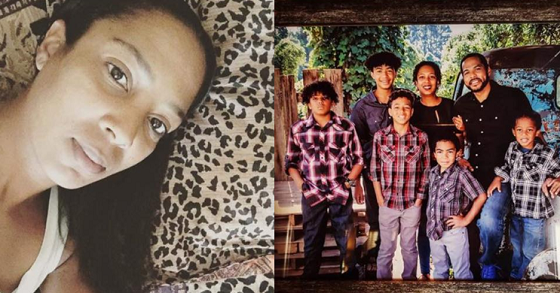 Talma Horsford’s family attorney Ralph Fernandez says in an explosive letter that the review of how Horsford died shows she was killed after attending an adult sleepover in November 2018.

The letter says that Horsford was involved in a struggle and there were injuries consistent with that scenario. Horsford suffered parallel scratches in one arm but the injury wasn’t included in the x-ray documents. Horsford, a mother of five, was found dead in the backyard the morning after the house party.

Fernandez also listed a number of issues in the case such as conflicted statements from witnesses, disposal of evidence, and no photographic proof of Horsford’s autopsy.

According to WSB-TV, the Forsyth County Sheriff’s Office announced February 2019 that they were closing the case because investigators found no evidence of foul play.

View the history of her death provided by WSBTV down below.