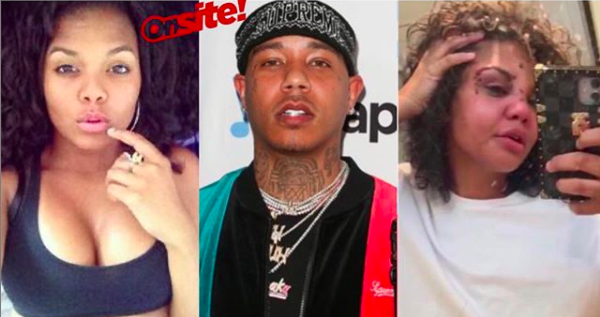 The woman accused of setting up hip hop producer Hitmaka filed a restraining order against him earlier this week. However, official sources have confirmed to ONSITE, that Talia Tilley and another top hip hop producer had reached out to major media outlets just a few hours after the alleged attack took place.

Last week, Hitmaka, also known as Yung Berg, was accused of pistol-whipping a woman named Talia Tilley. However, one day after the story broke, Hitmaka denied the abuse claims and said Tilley was trying to set him up and he only hit her out of self-defense.

ONSITE spoke with a source close to the situation who confirmed that Tilley did reach out to major media outlets just 5 hours after the 5:00 am attack took place. Tilley reportedly wasn’t alone in reaching out to media. Her and another well-known hip hop producer reached out to media to report Hitmaka’s alleged pistol whip attack on Tilley.

According to The Blast, Tilley’s restraining order against the producer claims that he threatened to kill her. She claims that she was asleep and Berg abruptly woke her up after her phone kept on ringing. She claims Hitmaka was beating her while accusing her of trying to set him up.

Now we know that Tilley did reach out to media after the alleged attack. We can’t confirm the setup, but it is a bit suspicious that she sought out help from the media after sustaining such serious injuries.

Tilley has hired lawyer Lisa Bloom who got her restraining order granted. Hitmaka will have to stay 100 yards away from Tilley at all times.