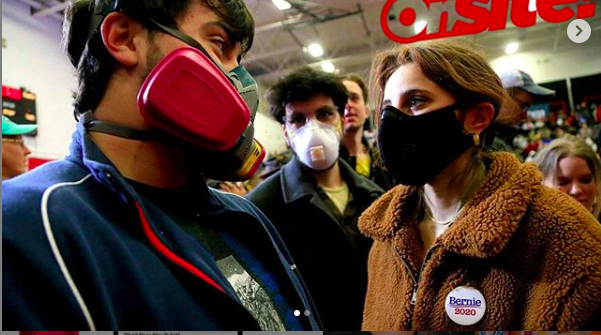 Theories and opinions are like a**holes … everyone has one! However, some things should be left to the professionals, like disease outbreaks.

A meme has been circulating online attempting to prove that there is a new disease outbreak every election year; even providing correlating years. This is why we gotta stop believing everything on the World Wide Web…because no, it’s not a coincidence. It’s all wrong.

The Severe Acute Respiratory Syndrome (SARS) epidemic did not develop or peak in 2004. According to the World Health Organization, the outbreak happened between 2002 and 2003, affecting 26 countries and resulting in more than 8,000 cases in 2003. The first case was documented in southern China on November 16, 2002.

Middle East Respiratory Syndrome (MERS) is somewhat true, it did first emerge in 2012 in Saudi Arabia. However, the largest amount of cases were documented in 2014.

The W.H.O declared Zika a public health emergency on February 1, 2016, but the outbreak began in Brazil in 2015. There were also two relevant Zika outbreaks not mentioned in the claim in Micronesia and Oceania in 2007 and 2013-2014.

Finally, the coronavirus. The first case of the new COVID-19 was first reported in Wuhan, China, on December 31, 2019. On January 30 2020, the W.H.O declared the coronavirus epidemic in China constituted a public health emergency globally.OnSite! is here to teach y’all a few things.

Don’t be bamboozled or led astray!