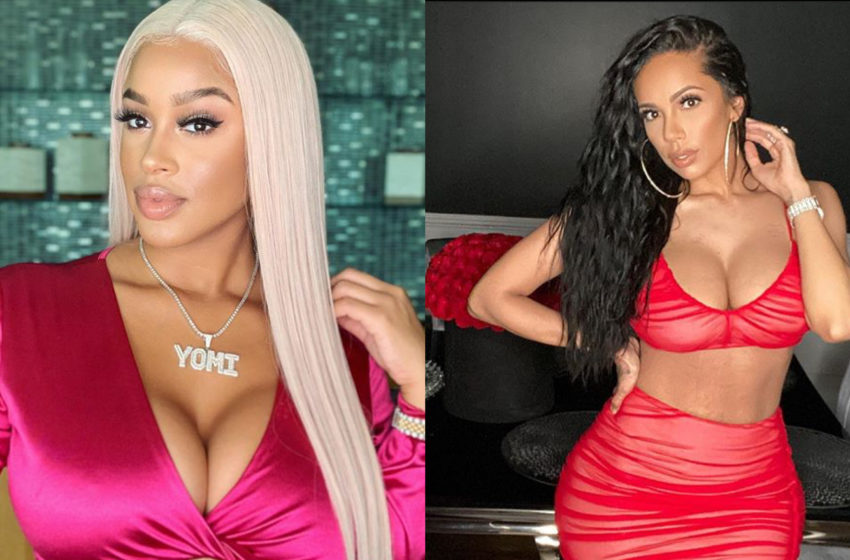 On the latest episode of LHHATL, viewers got to see both women come together to discuss the alleged abuse at the hands of Bow. However, fans weren’t here for the link up of exes…and dragged the now-married Erica Mena to filth online.

It all started when Erica told Kiyomi she was proud of how she handled the altercation that led to her and Bow Wow separating last year. When Kiyomi began tearing up, Mena said she could relate.

“I can cry with you cause I’ve been there,” Erica said.

“I feel horrible because everybody judges me.”

Despite the two having a heart-to-heart, fans couldn’t understand why they were discussing Bow Wow. Especially now that Erica Mena is married to someone else.

“She always in somebody drama like sit down and enjoy your marriage”,

“Erica want a story so bad she meeting up with her ex ex gf to tlk about man. I canttttt !!! She rlly sign that kind of contract with Mona ?”

Would you ever link up and bond with your ex’s other ex?