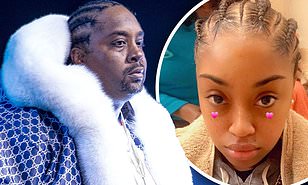 Hip-Hip legend, Eric B’s daughter was involved in a car accident with an 18-wheeler truck and was left in “extremely critical condition,” where she eventually passed away.

According to PageSix, Erica Barrier who is 28-years-old suffered serious injuries to her neck and spinal cord, along with other life-threatening injuries. The accident happened in Hartford, Connecticut.

Connecticut state police confirmed to Page Six that Erica was in a Mini Cooper Countryman on I-91 in Connecticut just before 1 a.m. on Sunday morning when it “stopped in the center lane” and an oncoming truck “was unable to stop in time and impacted the rear of the car.”

Our deepest condolences to the Barrier family ??