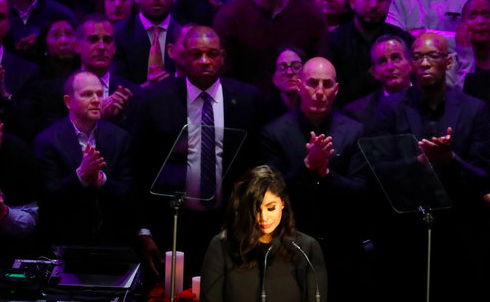 The death of Kobe Bryant has affected people in many ways but there are some who are abusing the system.

Folks have been actively trying to sell items from the Kobe Bryant memorial that happened on Monday on eBay. People were trying to sell shirts, pins, programs from the event; with one XL shirt sold for $2,025.

However, eBay has been taking action and taking down several listings in the past 24 hours. Because the company has a policy that prohibits sellers from profiting off of “human tragedy or suffering.”

Even though people won’t be able to sell items from the memorial, the policy doesn’t stop people from selling traditional Kobe memorabilia.  The price of Kobe items such as autographs, jerseys, photos, since the NBA star’s death.

If you missed Kobe’s memorial service, check out what his wife Vanessa had to say at the memorial below.