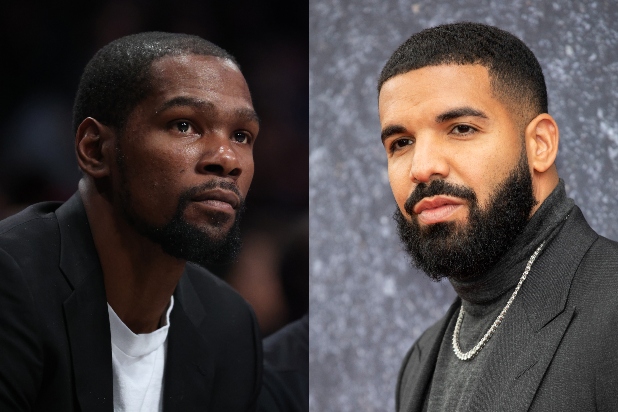 Nothing Was The Same for Drake since Kevin Durant was diagnosed with the Coronavirus. He is now self-quarantined after he kicked it with Kevin prior to knowing he was infected.

A source told PageSix that Drake is keeping to himself in his mansion. The two partied at a West Hollywood hotspot called “Nice Guy” eight days ago, with Drake posting a photo of their night out. There is no word if Drake is being tested or not.

The Nets were in LA to play the Lakers and as we all know Durant did not play, although he did make the trip out West. A total of four Nets players have tested positive for coronavirus, the team said in a statement, with only one currently showing symptoms.

Hopefully, Drake has a studio in his mansion to finish that album he’s been teasing and he is healthy.