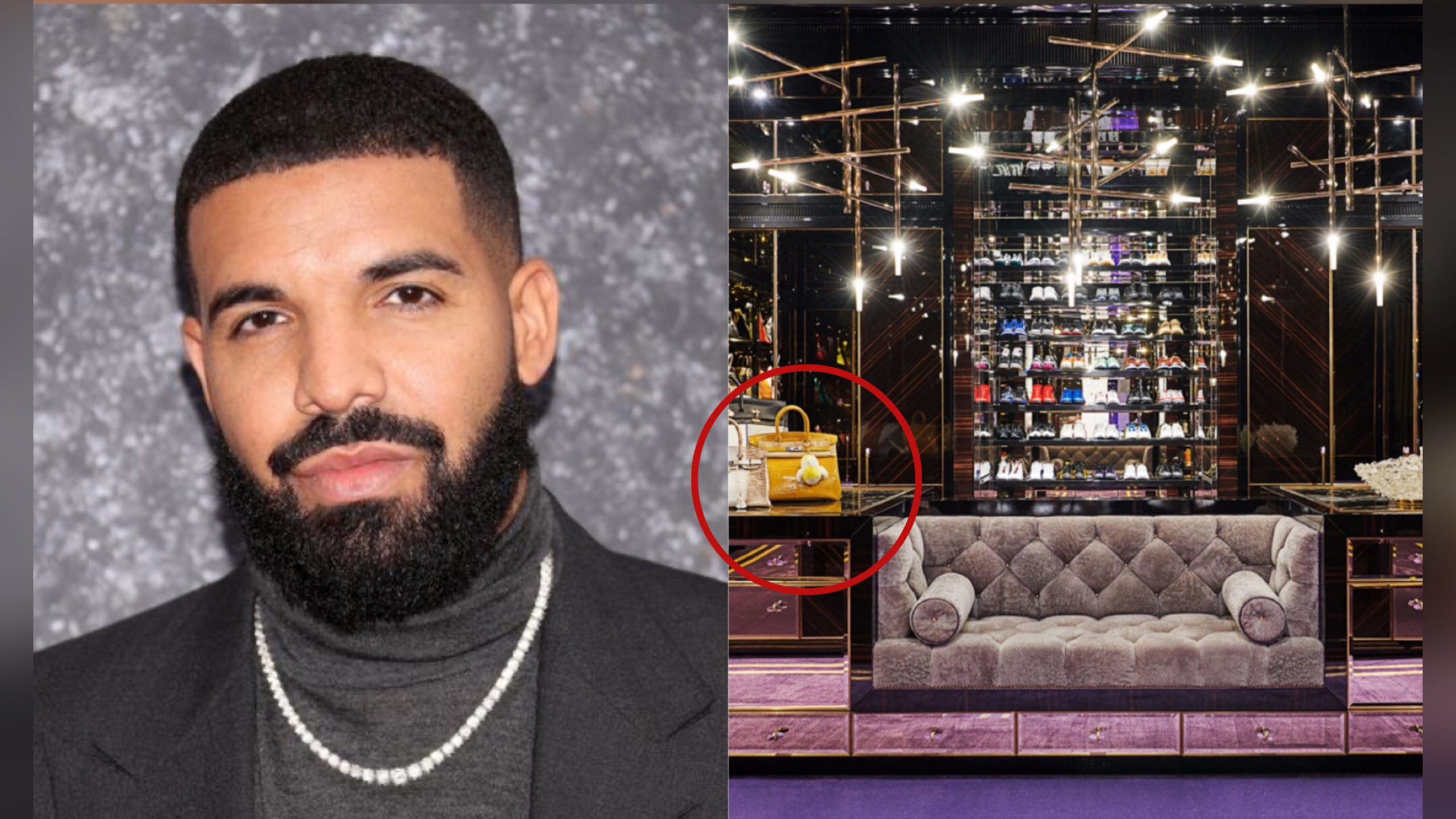 Drake has been preparing for his future wife by collecting Birkin bags over the years.

In 2017, he first revealed this during an interview with the Hollywood Reporter.

Everyone forgot about this until his latest cover interview with “Architectural Digest” where a Birkin is pictured in his lavish Toronto mansion dropped today.

According to AD, Drake has Hermès pieces displayed in a two-story closet that is “adorned with amethyst hardware, rock crystal, and seating upholstered in diamond-tufted shearling with polished nickel studs.”

Whoever Drake settles down with will be one lucky women with this collection!