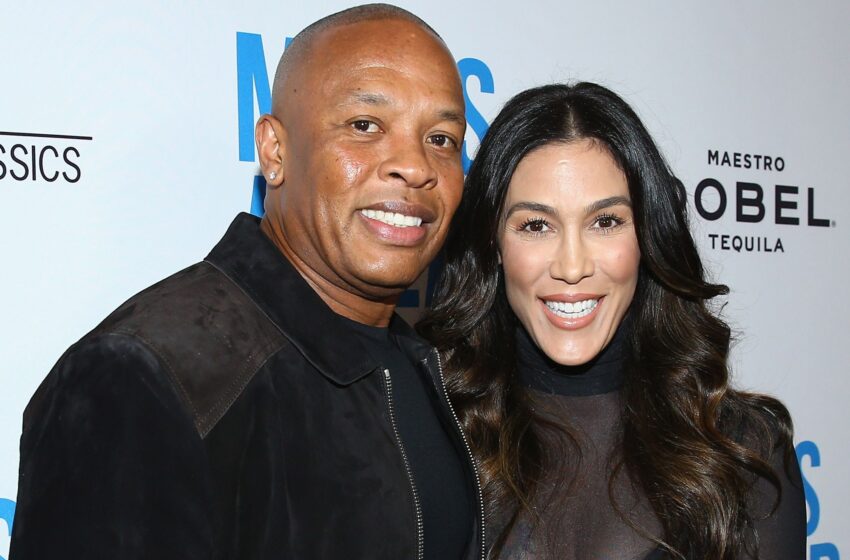 It seems this divorce is getting even messier for Dr. Dre and his estranged wife Nicole Young. This time Dre is letting his music do the speaking for him. As he takes jabs at Nicole in a new track.

Dre was back in the lab on Monday night along with DJ Silk, and aftermath pal KXNG Crooked. He dropped some bars from the track stating how Nicole has been pretty greedy during the whole ordeal.

“Trying to kill me with them lies and perjury. I see you trying to f* me while I’m in surgery. In ICU death bed on some money s*. Greedy bitch take a pic. Girl you know how money get.”

DJ Silk only leaked a few bars from the track. But ever since the couple decided to go their separate ways, this divorce has been very nasty. According to reports from TMZ, Young has motioned the court to grant her access to their home amid suspicion of a mistress. Now that, Dre has been spotted with Apryl Jones from Love and Hip-Hop Hollywood. Young has also been awarded spousal support of $2 million.

If things weren’t any worse, Dre suspected Young to have stolen $385, 029 back in October of 2020 according to reports from the LAPD from their business account without proper authorization. The report was filed by Larry Chatman, Dre’s business partner. The case is being investigated by authorities. This has been one ugly divorce and it appears it’s just going to get worse.