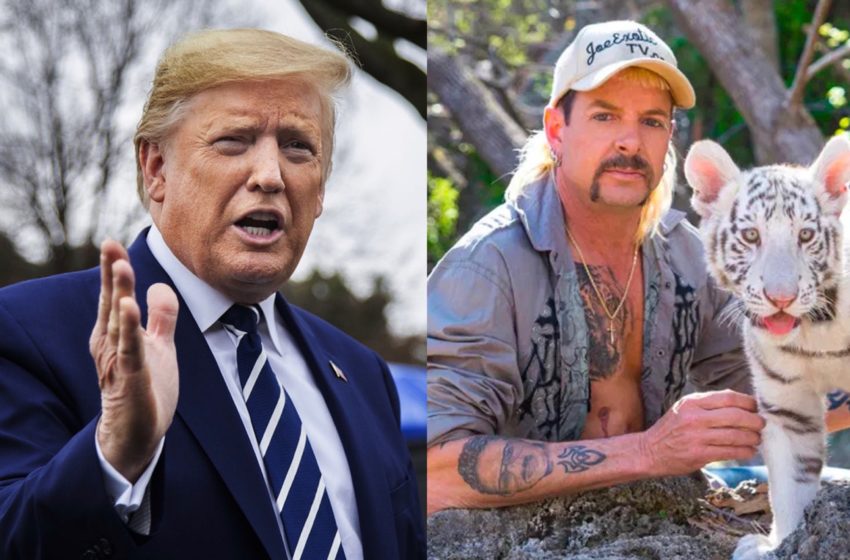 President Trump may have another presidential pardon up his sleeve and this time it’s for Tiger King’s own, Joe Exotic. Trump says that he will “take a look” into making it happen.

“I’ll take a look,” Trump told a reporter from the New York Post when asked about the case and his son’s support for a pardon during a White House briefing. Trump’s son has publicly voiced his support behind Joe Exotic’s pardon and now his pops may make it happen.

Y’all think Donald Trump should give Joe a pardon?