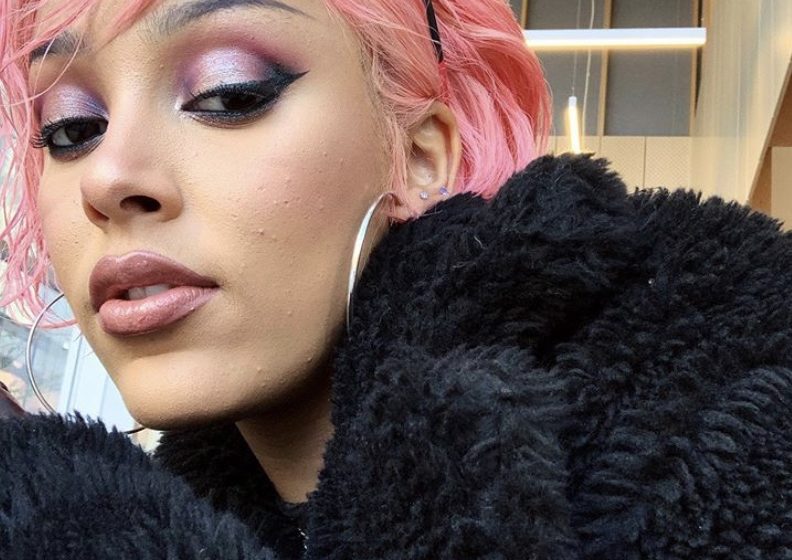 Doja Cat is clearing her litter box of all the social media mess between her and Nicki Minaj’s devout Barbz fan base.

Beat to the gods in full-on elf make-up, the 24-year-old “Boss B***h,” boomer explained to Apple Music Tuesday why supporters of Minaj were recently calling for her cancellation on Twitter, using the hashtag #DojaCatPartyIsOver.

Summing up the non-beef as a simple misunderstanding, Doja revealed her involvement with the Barbz went sour when she innocently tried defending a man being cyber-bullied by five Barbz reps who disagreed with the guy’s opinion on a picture.

When the online warriors refused to let up on ol’ boy, Doja claims she stepped in again, this time calling the small faction of Nicki fans “scum” for their merciless attack. Tragically, her attempt at captain-save-em heroism was misinterpreted, leaving many to believe she was bashing all Barbz members.

Clearing the air once and for all, the “MOOO!” creator insisted her shots were solely aimed at the five bullies, and NEVER at Nicki or her entire body of lovers.

So Barbz, y’all feeling Doja’s explanation? Is she off the cancellation list or nah?