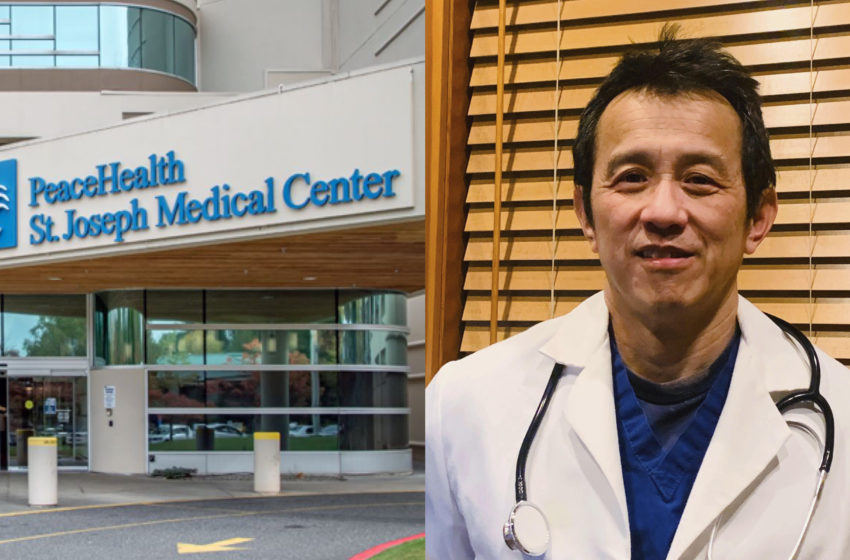 On March 15th, Dr. Ming Lin, a 17-year ER doctor at PeaceHealth St. Joseph Medical Center in Bellingham, Washington, wrote a letter to the CMO about the medical center’s poor job responding to the Coronavirus crisis.

He shared the letter on Facebook and wrote, “Hopefully I still have a job afterwards.” On Friday, he says he was terminated.

Bellingham, Washington is about an hour and a half away from Seattle, Washington. Seattle had the first Coronavirus related deaths in the United States, so it makes sense that Lin would want to make sure that his hospital was following safety protocols for everyone who works in the hospital and its patients.

That is why he wrote the letter listing 7 things that the hospital needs to do to keep everyone safe.

When he did not hear back from anyone nor did he see any changes, he continued to post on his Facebook page and he spoke with media outlets like The Seattle Times.

“We’re so close to the epicenter (King County).

“I’m surprised we’re not screening better, or being more cautious. Bars are closed, schools are closed, this is a national emergency we happen to be in.”

In a post on March 19th, he said that the hospital started to make some of the changes that he suggested. That was the good news, but there was bad news for him.

“Lastly I have received some pressure from some unnamed superiors to retract, repent or consider resigning. Unless I am terminated and not wanted I will continue to show up to work in the Emergency Room to continue to serve.”

He did not give in to their pressure and continued to speak out about their practices. Then on March 27th, he says his fate was sealed.

“I want to thank everybody for all their support. Unfortunately I have been terminated from Peacehealth by my employer Teamhealth.
” I have everything I need with the support of my family. I’ll be laying low for a while.”

Yesterday, he took to Facebook asking that his termination not be the story. Instead, he wants his message that “providing optimal safety for the healthcare staff” to be what we focus on.

While he wants that to be his message, the Washington State Nursing Association had their own.

“As the union repre­senting 900 nurses at Peace­Health St. Joseph Medical Center in Bellingham, the Washington State Nurses Associ­a­tion is appalled by the hospital administration’s response to the very real concerns being raised by front­line caregivers at the hospital.

Adding, “We salute Dr. Lin for his bravery in speaking out in the face of intim­i­da­tion and his support for all of the staff at Peace­Health St. Joseph Medical Center and elsewhere who are working under extra­or­di­narily diffi­cult circum­stances to take care of patients in the face of this world­wide pandemic.”

WSNA in a statement

I agree with them we have to salute him for his bravery. I also think we need to salute all the medical staff on the front lines. If you see them, then salute them just as you would salute a soldier.