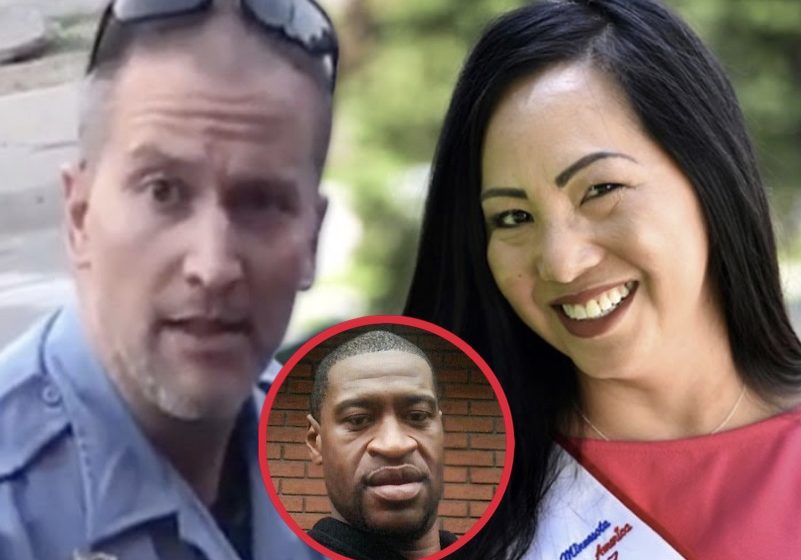 Derek Chauvin‘s wife is pulling out of their marriage with big “money ain’t a thing” energy, relinquishing her rights to spousal support or any other monies from the accused murderer in her official divorce petition.

In the wake of her estranged husband’s leading role in the murder of George Floyd, Kellie May Chauvin submitted her request to permanently terminate her holy matrimony with the jailed killer, citing “irretrievable breakdown” of the marriage, which “cannot be saved” … this according to legal docs obtained by TMZ.

Per her filings—Kellie, the former Mrs. Minnesota and a currently unemployed licensed realtor—says she doesn’t want spousal support nor does she want Chauvin to get spousal support. All she demands is an even split of their assets, her maiden name restored, and the title to their home in Florida.

Kellie lists her day of separation from Chauvin as May 28, three days after Floyd’s killing.

A rep from the soon-to-be ex-Mrs. Chauvin said, “Her utmost sympathy lies with [Floyd’s] family, with his loved ones and with everyone who is grieving this tragedy” … “While Ms. Chauvin has no children from her current marriage, she respectfully requests that her children, her elder parents, and her extended family be given safety and privacy during this difficult time.”

Do you think Chauvin, charged with 3rd degree murder and 2nd degree manslaughter, will get max jail time for killing George Floyd?