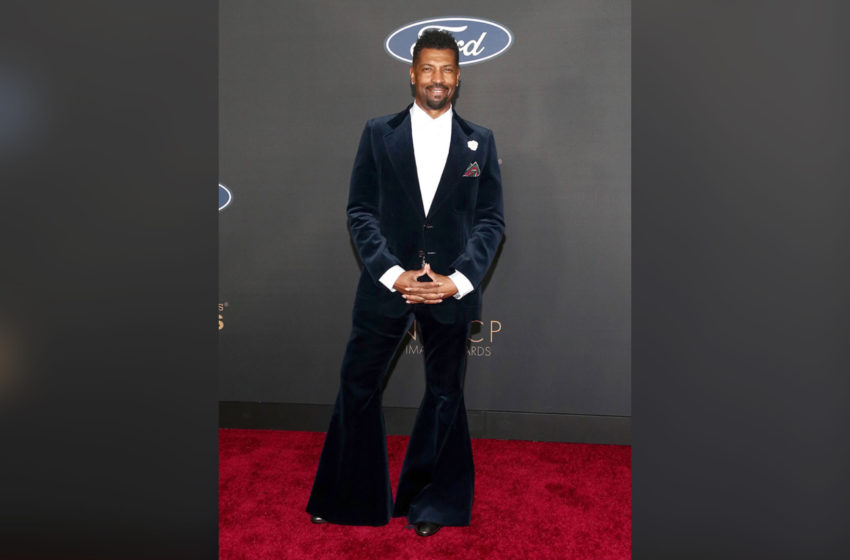 Black-ish actor and Comedian Deon Cole is receiving backlash, death threats, and hateful messages over the Gucci Bell Bottom Suit he wore this past weekend at the 51st annual NAACP awards.

He recently released screenshots on Instagram from his DM’s coming from fake pages calling him “a sick individual” and “gay ass ni**a.” Cole then posted a 15-minute video where he says, “This is bigger than my bell bottoms.”

Cole recently appeared on ” The Real” to share his thoughts on the hate coming from his own community, and how the controversial suit overshadowed him winning the NAACP award for Outstanding Supporting Actor in a Comedy Series.

““I keep getting friends going, “Oh, forgot that, just get your money,” and all of that, and they’re like, “Don’t worry about that,” and I’m like, “No, I gotta worry about this when it comes to a point where that 20-year-old kid who can’t come out of the closet, whose stuck because of this hate, because people hate him, and they don’t even have a reason why.”

“I think that’s what makes it more… moving, and I think that’s why it’s getting so much more attention also, is because, I actually just want to applaud you, for speaking up and speaking out about it. Because you could sweep it under the rug and be like, “Damn, if I don’t say nothing, hopefully, they’ll forget my bell bottoms,” but it’s bigger than you and I think that’s amazing.”

Deon Cole has always been about fashion and pushing the culture since day one. Somebody has to do it differently and he seems like the one to do it. Are you here for the bell bottoms or was it doin’ too much?