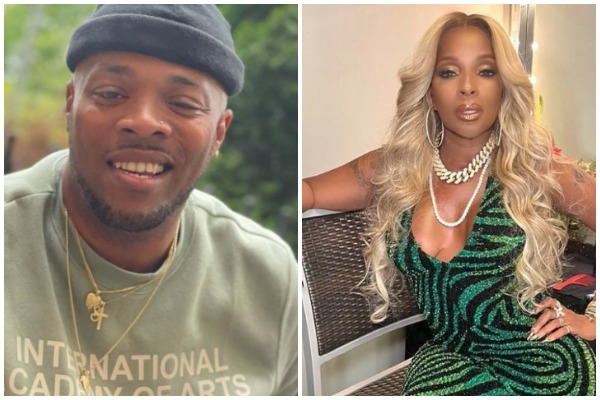 Former Death Row singer Danny Boy is dishing on the “relations” he had with Mary J. Blige when he was 15 or 16 years old and she was 24. He spilled the tea during an interview with The Art of Dialogue and alleges it all started after the 1995 Source Awards.

Danny Boy alleges that after the award ceremony, Suge Knight invited him up to his suite, alleging that Mary wanted to see him. He claims that they were chilling on the couch and cuddling for a while, and then they went to lay down together.

She’s laying on the couch, and I’m sitting on the other end, and she laid down on the couch and put her head in my lap,” he said.

He goes on to say that after that, she allegedly flew him out to visit her in New York more than five times, and basically admits that they had sex. The ex-singer also claims that he didn’t realize that he was sharing her with Tupac.

That’s why I was kind of confused when I heard Kurt [Cobain] saying that Mary was Pac girl. ‘Cause at that time, she was my girl. At that time, I’m 15, 16-years-old and she flying me in to see her.”

Clique, do you think he’s out pocket for sharing this?