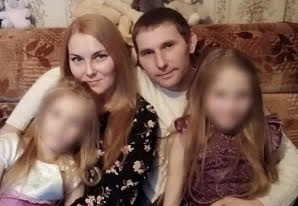 In September of 2021, Russian rocket engine factory worker Vyacheslav Matrosov made a shocking discovery when looking through the phone of his then best friend, Oleg Sviridov. He saw a video of the 32-year-old forcing his daughter to perform a sex act on him. Only at six years of age at the time, she is heard pleading with him to stop.

Blinded by rage and betrayal, Matrosov immediately sprung into action. According to Daily Mail, he kidnapped Sviridov, forced him to dig his own grave, and gave him an ultimatum: either confess to police or commit suicide. He chose the latter. Matrosov was then sentenced to 18 months in a penal colony for “inciting his friend into suicide.” The sentence sparked public outrage, and even a petition stating, “Every father would have done this.”

6 months later, and after thousands of signatures petitioning his release, Vyacheslav Matrosov was set free a year early. After spending some time at home, the now 39-year-old posted a photo with his wife and children to his Facebook page, captioning it: “Home. Love very much.’