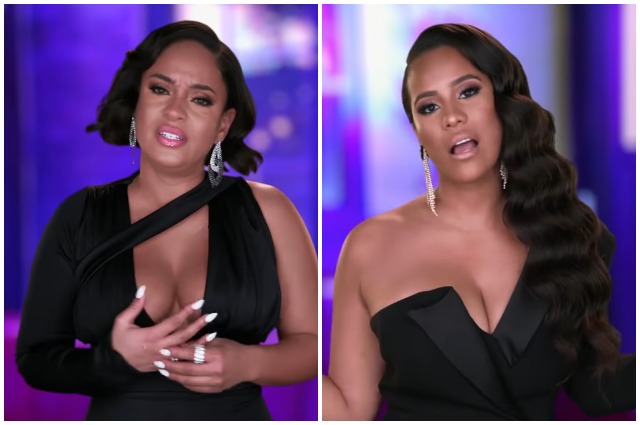 LHHNY Cyn Santana says Tahiry needs to let Joe Budden go as she believes she is still chasing after him.

Tahiry Jose and Cyn Santana, both ex’s of Joe Budden seemingly now have an issue with each other. Earlier in the season, Erica Mena tried to play matchmaker between Tahiry and Joe after Joe and Cyn had a split.

Cyn Santana found out about Tahiry and Joe’s rekindling and she wasn’t feeling it at all. She says Tahiry is being “thirsty” over Joe. The two ladies had an encounter at Erica Mena’s baby shower, and Cyn felt that Tahiry was being very rude to her. Before things could escalate, Tahiry decided it was time to leave.

“You sit here and you talk to me, Joe’s ex-fiancee, the mother of his baby boy, it’s messy and it don’t make me feel like you’re coming from a place that just wants to be cool. It makes it seem like you got some fire in you,” Cyn Santana said to Tahiry.

What do y’all think about all this?