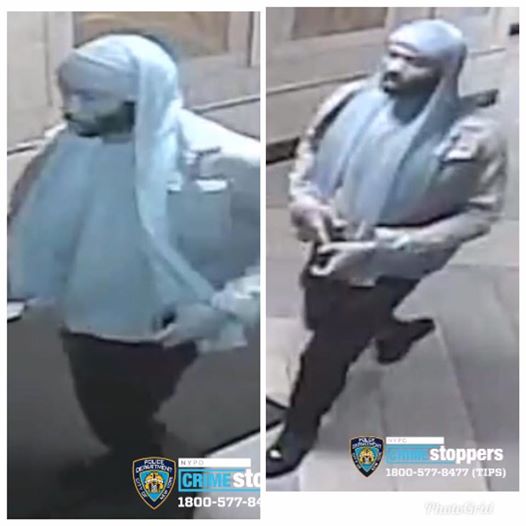 A 32-year-old nurse traveled from upstate New York to volunteer at a Manhattan hospital hit hard by Coronavirus. However, she was the one who needed help on Friday night.

According to The NY Post, the unnamed woman told police when she entered her apartment, in the Hamilton Heights area, a man followed her and tried to rape her. The woman added that the attacker punched her in the face, and tried to rip off her pants.

The woman told the police she was able to fight him off and he ran away before he raped her. Before he escaped, he took her phone.

Even though she was bruised, she refused medical attention.

Police released a surveillance video of the suspected criminal wearing a light blue scarf over his head.

If you know who the bearded, African American man is, then Crimestoppers asks that you call them at 1-800-577-TIPS. There is a $2,500 award leading to his capture.