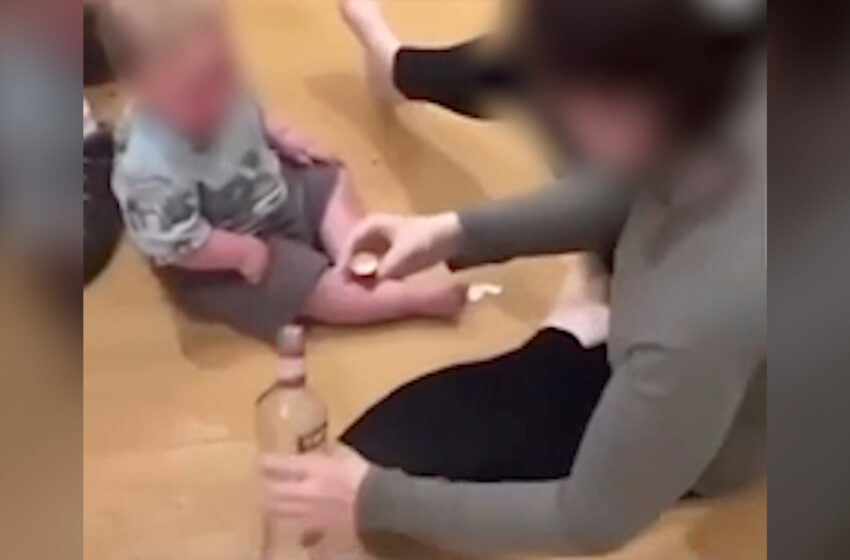 A UK couple has been arrested for child abuse after a video released on Facebook shows the pair giving their baby a shot of vodka, the NY Post reports.

The now-viral clip shows a woman who is believed to be the baby’s mother is seen pouring the bottle of vodka into the capsule. She then forces the child to drink it, tilting the baby’s head back to ensure the liquor goes down. The boy’s father is seen in the video standing close by.

Officers got wind of the incident after receiving multiple reports of disturbance from concerned viewers.

“Actions were taken to safeguard those involved, and a man and a woman were arrested on suspicion of child cruelty later the same day,”

The couple has since been released and reunited with their baby, reports state.