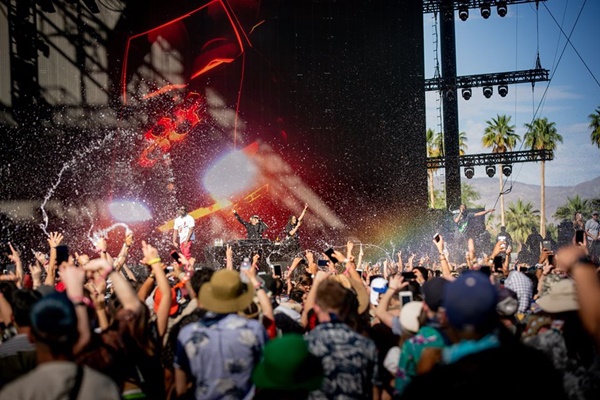 Coachella is still a month away, but the music festival might not happen because of the Coronavirus.

The festival’s future is a little more uncertain today because of someone in Riverside County, Ca, where it is held, testing positive for the virus.

Riverside County Public Health Officer Cameron Kaiser wants to declare a State of Emergency, but it is up to Riverside County Board of Supervisors to do so. They will make that decision on Tuesday.

Even with Kaiser’s proclamation, he is not recommending that any of the major events in his county, like Coachella and Stagecoach, be canceled.

“We believe the community exposure is low. That’s all I’m gonna say about that…I’m gonna say people go about their business.”

Kaiser said it is up to the organizers to make that decision. So far, SXSW and Miami’s Ultra Music Festival have decided the show will not go on.

If musicians like 21 Savage, Frank Ocean, Megan Thee Stallion, and Travis Scott decide to pull out, along with concert-goers asking for their money back, then I think that it will have a year off.

A lot can happen between now and April 10th. Having a multi-day outdoor music festival with thousands of people, in very close proximity, sharing porta potties to wash their hands might be OK again. Who knows, maybe the Coronavirus will be a thing of the past by then?