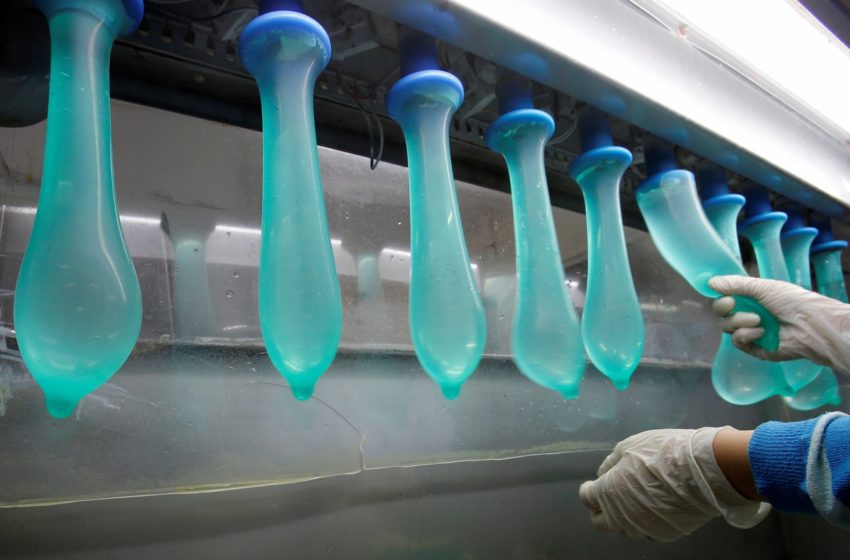 Have you been hoarding toilet paper, hand sanitizer, and water? Well, you were stockpiling the wrong thing.

“Shark Tank”’ star Daymond John said he expects a baby boom in 9 months since so many people are quarantined at home with their lovers and nothing else to do. One of the best ways to prevent unwanted babies is condoms.

There is only one problem, The Guardian is reporting we might be running into a shortage of rubbers. That is because the Coronavirus pandemic has halted all production at the largest maker of them.

Malaysia’s Karex Bhd makes 20% of all of the world’s condoms in their three factories. However, they have not produced a single trojan in over a week. That is a loss of 100 million condoms.

The good news is that they will be allowed to go back to work on Monday. The bad news, they will only be working at half staff. As we know, half staff won’t get the job done.

“It will take time to jumpstart factories and we will struggle to keep up with demand at half capacity.

“We are going to see a global shortage of condoms everywhere, which is going to be scary.

“My concern is that for a lot of humanitarian programmes … in Africa, the shortage will not just be two weeks or a month. That shortage can run into months.”

To make matters worse, the other countries, China, India, and Thailand, that make them, have also been shut down because of COVID-19.

If you are one of the lucky ones, who is getting lucky, then you might want to buy a box or two of condoms the next time you go to the store. Don’t overbuy because they have an expiration date and you are not only who needs them.