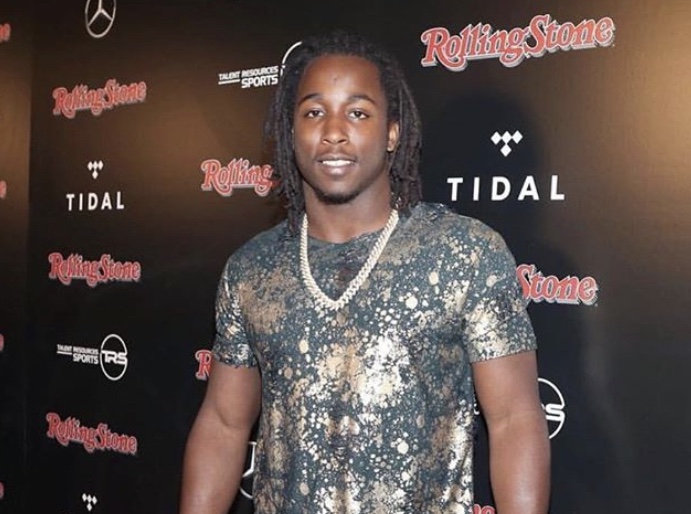 Talk about a blessing! Kareem Hunt of the Cleveland Browns was recently pulled over by a Rocky River police officer in Ohio with an open bottle of vodka, a bag containing marijuana and even admitted that he would fail a drug test during a traffic stop… but he walked away without an incident.

In dashcam footage obtained by TMZ Sports, the 24-year-old can be seen flying past an officer on a Rocky River highway on Jan. 21, then immediately pulled over to the side of the road. Once stopped, Kareem was noticeable emotional but complied with the officer’s requests.

It was explained to Hunt that his car smelled like weed and upon searching, the cop told the football star he found weed in a backpack with Kareem’s name on it, as well as an open container of vodka. The officer, who tells Hunt he’s “one of the hugest” Browns fans, did criticize the young player for putting himself in the situation.

“You had a good second part of the year,” the officer said. “You don’t want to screw that up over some weed.”

Eventually, Hunt admitted to the officer that he would fail an NFL drug test if one were administered to him at the time.

“I mean, yes, sir,” Hunt said. “It’s the offseason. Sorry I was having a good time.” The officer replied, “…Look at the Ravens running back — what happened to him? Rice. I mean, dude, I’m shocked that you got a second chance.”

Ultimately, the cop seized the weed and advised him of the open container laws but let Hunt off with just a speeding ticket. The cop did say the weed will be tested and prosecutors could later charge Hunt with possession but for now, Hunt is grateful for the cop, praising him for “being down to earth.”