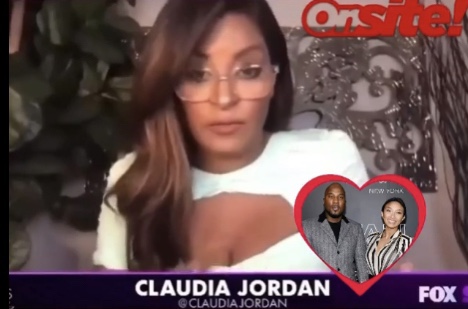 While “The Real” co-host Jeannie Mai has received some criticism from people after her submission comments, Claudia Jordan provided a new perspective during “Cocktails with Queens.”

Jordan made the point that if a woman feels safe and comfortable in the right relationship then they can give up some control and they’re okay with it, Madame Noire reports.

“You know what that tells me about their relationship? She has a man that she feels she can trust to lead her also,” Jordan said of Mai’s relationship with Jeezy. “A lot of times these men don’t have sh-t going on and they’re like, ‘I wanna be the man.’ Guess what honey, we want you to be the man, too. If you have a woman that’s constantly pushing back and doesn’t trust your judgment and is questioning you, she probably doesn’t all the way respect you because of some of the things she may have seen.

In contrast, Jordan added that women who don’t feel comfortable or resist the man in their relationship being in charge is because they don’t really have trust in their partner.

“I totally trust my man. He’s smart. If he don’t know something, he’s gonna research it. He ain’t gonna have me out here looking stupid,” she said. “I am older than him by three years. I could be poppin’ off and all that, but I don’t want a man that I have to challenge and compete with. So I don’t look at it so much as a submission. I love traditional roles where you can be the protector and I’ll do some of the traditional roles. But he’s not above me in any way. We are still partners. But I also think the man has to earn that respect of his lady and we have to loosen the reins.”