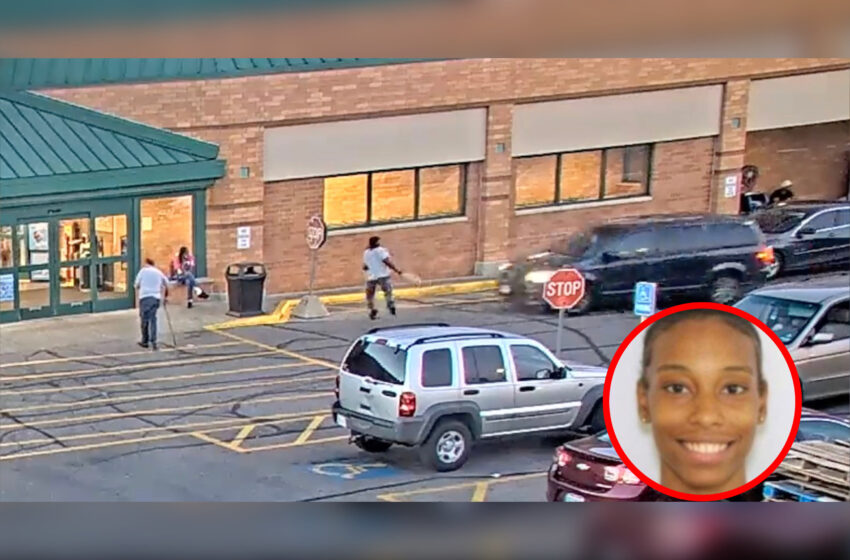 On August 31st, Taah’viya Chapman dropped off her boyfriend, Jawon Lunsford, at a Kroger, while she waited in her van with their eight month old daughter. As Lunsford was buying items inside the grocery store, Chapman began looking through his phone, where she found inappropriate texts between him and her sister.

According to Fox 19 Now, the 24 year old attempted to run Lunsford over with her vehicle as he exited the store. The van had not only hit him, but Christopher Griffith as well, a bystander who was also exiting the Kroger. Though Lunsford survived the attack with broken leg, Griffith was transported to University of Cincinnati Medical Center, where he later succumbed to his injuries.

In surveillance footage obtained by Kroger, it shows the vehicle hitting the two men, and the events that followed. Afterwards, she is seen exiting the van, running up to Lunsford, and hitting him while he’s on the ground.

“What this woman did is sickening,” said Hamilton County Prosecutor Joseph T. Deters of the incident. “Her total disregard for human life is stunning. This woman didn’t care about the lives she put in danger, including her own 8-month-old child. That level of selfishness is impossible to understand, but we will do everything in our power to ensure she spends the rest of her life in prison.”