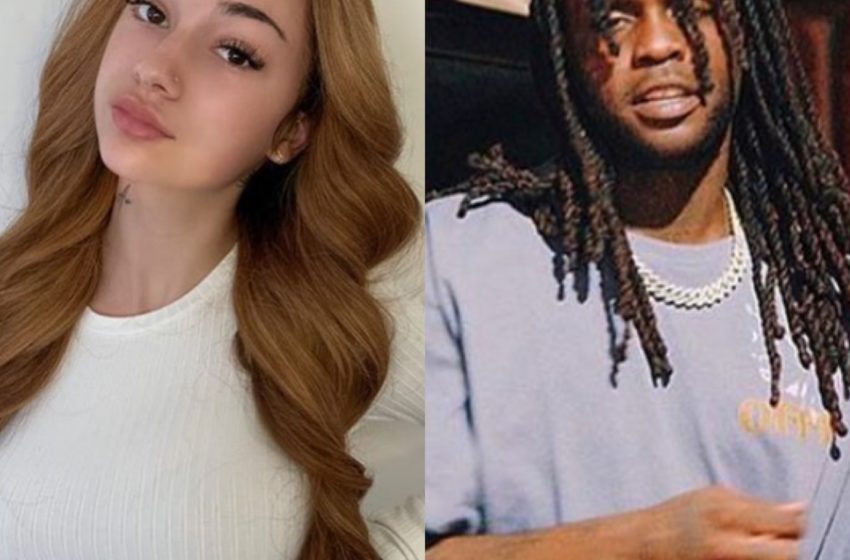 Danielle Bregoli a.k.a Bhad Bhabie a.k.a Miss “Cash Me Outside” has made a name for herself ever since her infamous appearance on the Dr. Phil show in 2016, at 13-years-old.

Now, the 16-year-old rapper is allegedly dating 24-year-old Chicago rapper Chief Keef…and his daughter’s mother is speaking on it. But not because she’s hating! Keef’s baby mama Jabbi is merely sick of her daughter’s father not coming through for their child.

According to Jabbi’s Instagram stories, Keef promised to take their daughter Kayden out for the weekend but apparently stood her up to spend time with Bhad Babie. And by the looks of recent pics on Bergoli’s IG, Jabbi was right.

One photo features her wearing Keef’s shirt, others show portions of his bedroom at his Tarzana, California home, and in another photo, she tagged her location to the same city…Tarzana. Jabbi responded to Keef’s lack of fathering by posting a screenshot of texts between the rapper and his daughter, which show him seemingly ignoring her.

In another post, Jabbi explains his reason for standing up his daughter was because he was “working”, yet there’s photo evidence stating otherwise. It seems like Jabbi has simply had enough of Keef not tending to his responsibilities as a father and putting other things (and women) before their child.

But most importantly, the other women being a teenager doesn’t sit well with Jabbi either. Who would blame her!? So far, neither Chief Keef nor Bhad Bhabie has commented on the dating rumors.

For the sake of Keef’s criminal record, let’s hope the rumors are not true.