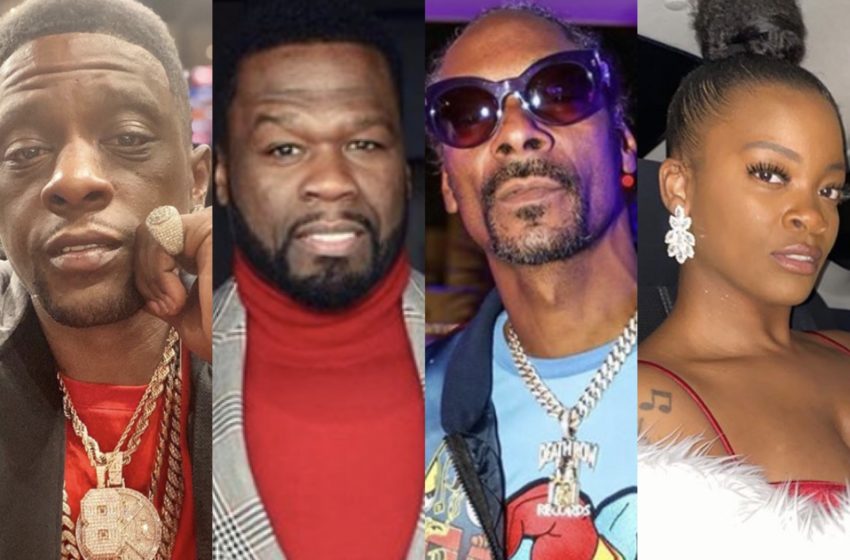 Gayle King recently interviewed professional women’s basketball player Lisa Leslie and has been catching hell ever since for the unnecessary mentioning of Kobe Bryant’s DISMISSED sexual assault charges from years ago.

In the interview, King asked the WNBA champion for her perspective “as a woman” on honoring Kobe’s legacy. And although Lisa didn’t fall for the ploy, many fans and celebrities didn’t like the way Gayle orchestrated the interview at all and have since been calling her out.

Boosie Badazz took to social media to express his disgust with what he pretty much labeled as defamation of Kobe’s character.

50 Cent also chimed in posting on his socials,

“It was not complicated. You just said it was dismissed. What is this, wait somebody gotta help me understand why they keep doing this. I apologize for my language in advance let’s talk about this,” he continued.

California’s own Snoop Dogg also had to share his input on the botched interview, saying in an Instagram video,

“Gayle King, you’re out of pocket for that s***. Way out of pocket. What do you gain from that? We expect more from you Gayle. Don’t you hang out with Oprah [Winfrey]? Why are you all attacking us? We’re your people. You don’t come after Harvey Weinstein, asking those dumba** questions. I’m sick of y’all. Funky doghead bi***. How dare you try to torch my homeboy’s reputation, punk motherf*****. Respect the family and back off, b****, before we come get you.”

“Listen, this is about to get real toxic, and I don’t give a f**k if I get canceled forever. Lennox began. “F**k Gayle and F**k Oprah. Y’all are some self-hating pieces of s**t f**k a$$es,” Ari said. “You want to spend the rest of your days tearing down Black people? Build us up, help us! I’m not here for anybody tearing down that legendary man.”

Gayle has since issued a statement following the backlash and posted to her social media saying,

“I understand why people are upset seeing that clip out of context. I hope they will now watch the entire wide-ranging interview. We asked a longtime friend of Kobe Bryant’s to talk to us about his legacy and their friendship, and Lisa did exactly that.”

No need to ask but how did that interview make y’all feel? What’s up, Gayle and Oprah?