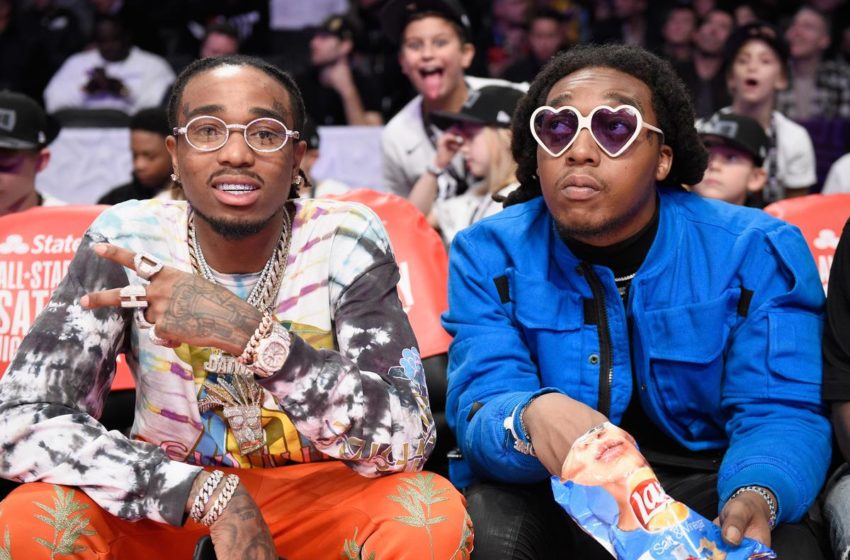 A celebrity stylist is suing two-thirds of the Migos for allegedly making off with nearly $80,000 of luxury clothing and styling services, but ignoring her payment requests.

According to court documents obtained by Bossip, the styling company Luka Lorena sued both Kirshnik “Takeoff” Ball and Quavious “Quavo” Marshall for breach of contract, conversion and conspiracy to convert property.

One of the company’s stylist, Alicia Allicock said she had a styling deal with Quavo and Takeoff where they approved high-end purchases of several thousand dollars worth of luxury clothing and agreed to reimburse the company for the clothing plus a 20 percent styling fee.

The company said after they billed Quavo for more than $34,000 worth of high-end clothes and styling services, the Migos’ manager and the rapper stopped responding to the invoices, the suit says. Lorena calls out Quavo after he was photographed wearing one of the Chanel shirts in question to perform in the 2019 Rolling Loud festival.

Lorena then says she billed Takeoff for more than $26,000 worth of clothing and styling services. But when it came time to pay, he too ignored her, the suit says.

The company is suing Quavo for $42,755 and Takeoff for $34,425, which includes interest and fees. The stylist wants the invoices paid, along with her lawyer’s fees and money damages, Bossip reports.