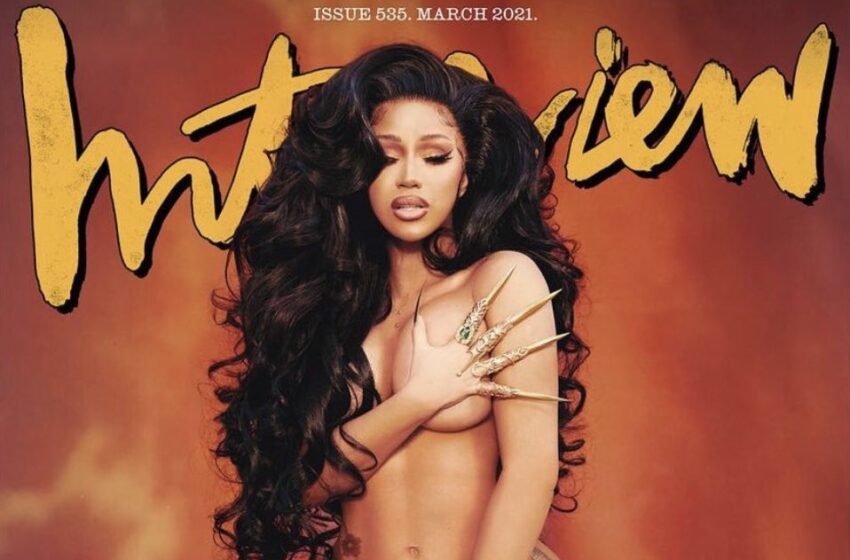 Belcalis Almanzar. also known as Cardi B, has won a grammy and garnered attention on reality TV show Love Hip-Hop New York before her break out song, “Bodak Yellow,” made her a star.

The ‘Up’ rapper, 28-year-old Cardi B stated in an interview chat with legendary singer, Mariah Carey for Interview Magazine that being able to afford plastic surgery helped her overcome her childhood insecurities. Cardi B dishes on growing up in the Bronx, her journey to success which transformed her appearance after years of being bullied.

“I was really skinny when I was younger, and in the Bronx, it’s about being thick and having an a**, so young boys would be like, “Look at your flat a**. You ain’t got no titties. And it would make me feel so ugly and undeveloped,” Cardi told Carey.

She goes into details about growing up Trinidad and Dominican and how they are expected to look a certain way. Having a thicker hair texture left her to get teased by others.

“If you’re Dominican, why is your hair so nappy.”I use to dye my hair and people use to be like, ‘Why is your hair so crunchy?’ It use to make me feel so weird.” she adds. But later she also states how it wasn’t that her hair was nappy it was that she didn’t know how to properly take care of it. She now does hair wraps to protect and style her hair along with her hair stylist.

The rapper adds how when she was 20, she went to the urban strip club, realizing that you had to have a big butt. It made her feel insecure. So, she got her a*ss done and then it made her super confident. Cardi says during the interview that when she started stripping it was simply a way for her to get by every day. The ‘Be Careful’ rapper says she needed the money and was determined to get away from her then-boyfriend at the time.

Although, Cardi B is a celeb herself and is very outspoken in her music videos, she admits to still being very shy. “A lot of celebrities invite me to places, but I’m really shy. And sometimes my head starts talking like, “Oh my gosh, I look stupid, I feel stupid, I’m dumb.” Carey then ask Cardi if she feels vindicated now that she’s come such a long way and is now a successful rapper and entertainer. “I feel so vindicated. Even I was 18 and became a dancer. I had enough money to afford to buy boobs, so every insecurity that I felt about my breasts was gone,” the “WAP” rapper replied.

When Carey asked Cardi about the first rap songs she’s heard, she remembers hearing Biggie Smalls played all the time outside. But her mother wanting her to maintain her innocence so she’d only listen to Barney or Disney music. But when visiting her grandmother’s home she would watch BET and saw videos from Missy Elliot, Trina and told herself she wants to do that when she grows up.

Now Cardi B has a successful debut album, Invasion Of Privacy and working on her sophomore album which she’s currently working on along with various upcoming projects.

Tags: cardi b Up wap