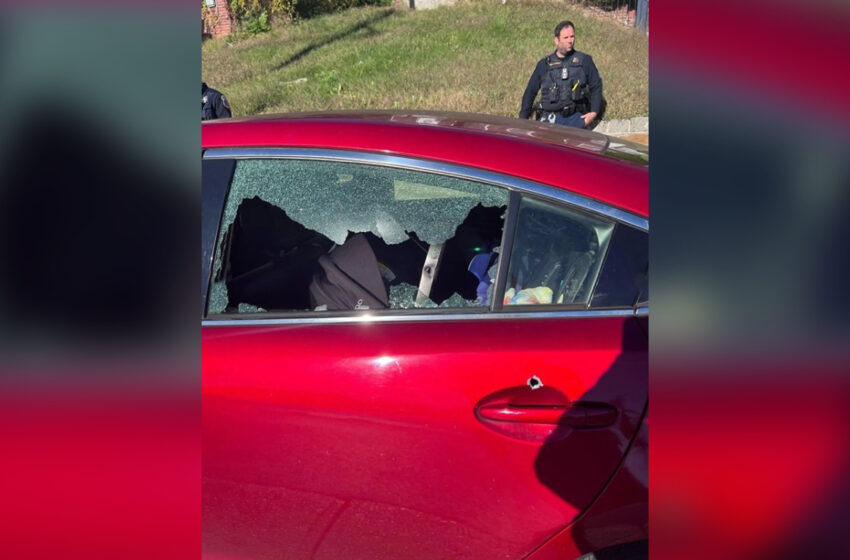 A close call for a father and his 11-month-old baby whose vehicle was shot at in Washington D.C. during a road rage incident, NY Post reported.

Leon Vessels told the outlet that he was on his way to drop off one of his two boys to school, Thursday morning when the shooting occurred. Vessels said he’d noticed a black Mitsubishi Mirage behind him

“driving erratically and tailgating him,”

on Interstate 295. The father of two said he had been driving on a spare tire and tried moving out of the driver’s way.

“I noticed the guy was still on my bumper and I felt and heard something and didn’t know that was a gunshot at first,”

“We hear another boom. And at this point, I’m like he’s not hitting us, he’s shooting at us, and the third one went through the window and hit the baby seat.”

According to the outlet, a bullet hole went through the handle of the car seat. Photos posted to Instagram by the baby’s mother also show the back window shattered and a bullet hole in the car door.

“The only thing that damaged him was the glass from the shooting,”

“He had a little cut on his head.”

The baby was asleep at the time of the shooting, his mom wrote. But Vessels said the bullet that went through the other side of the door would have hit his other son who usually sits on that side of the car.

“But I mean it’s not that serious. You have the opportunity to go, just go. It’s not worth it.”

The suspect is still at large.