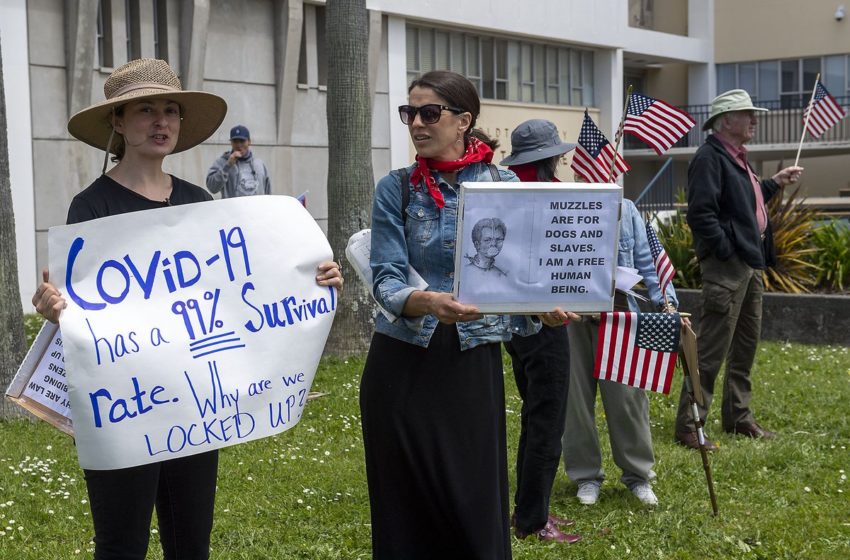 Gretha Stenger is now issuing an apology after going viral for holding up a “muzzles are for slaves,” sign at an Anti-Lockdown protest held over the weekend.

Stenger, a former drama director at Northcoast Preparatory and Performing Arts Academy (NPA), was photographed holding the divisive placard Saturday, implying California’s COVID-19 lockdown restrictions are similar to slavery. The sign read, “muzzles are for dogs and slaves,” and featured an image of Escrava Anastacia “Anastasia the Enslaved”—a female slave strapped in a muzzle and collar.

Thousands have reacted negatively to the viral photo. Stenger has since apologized for the image, claiming she didn’t make the sign.

After her photo circulated the internet, NPA announced Stenger no longer worked there, adding that the message doesn’t reflect the school’s views.

Larkin Small is seen holding up the sign below it is unclear who made it.