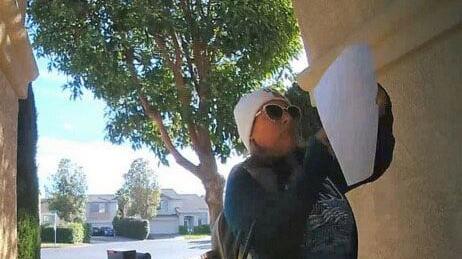 Photo Courtesy Of My State Line

Nancy Arechiga,52, from San Leandro, California was arrested on Friday for posting at least 5 racist letters on homes and other locations. The letter suggests that those who weren’t born in America leave the country immediately.

One of the letters was found by the victim’s brother Friday evening according to ABC 7 News. Trinh, who didn’t release her last name for safety reasons said,

“it was shocking and the whole family was really shaken up at it. I can’t comprehend hatefulness reading this letter send chills down my spine.”

Authorities say that Arechiga was caught on security video from one of the homes. Arechiga was seen carrying a backpack that had other similar handwritten notes. Arechiga was booked at the Santa Rita Jail in Dublin but later released because of the coronavirus pandemic.

San Leandro police investigated a similar incident Thursday night when a related note was posted on an information board along the Heron Bay trail.

Police believe Arechiga was also responsible for that posting.

View the note below.