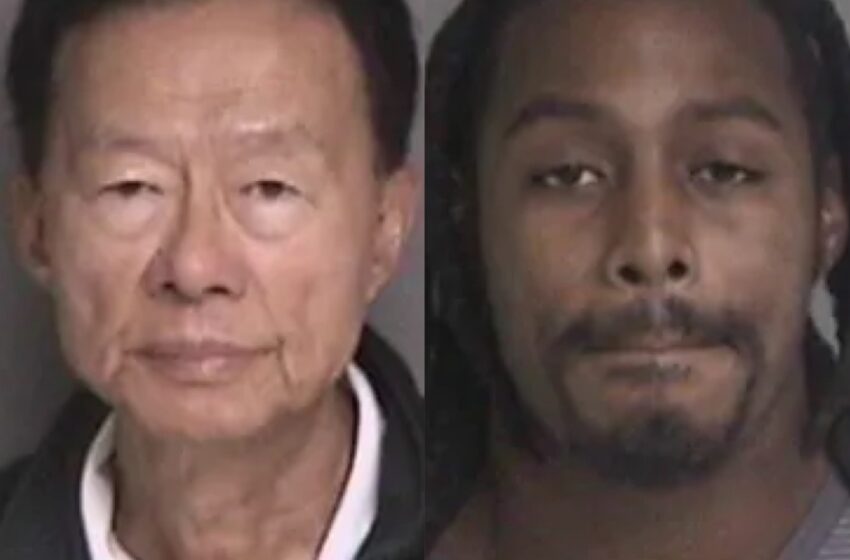 A California man hired a hitman to murder his wealthy dentist girlfriend so he could collect her $14 million estate, prosecutors claim per Fox News.

Nelson Chia, 73, hired Hasheem Bason, 33, to carry out the deadly attack against his girlfriend Lili Xu, 60, that took place on August 21.  Records state that the two have been plotting this scheme since July.

According to the outlet, the couple was on their way to get a massage when they were approached by Bason. Video surveillance shows a white Lexus sedan, idling around the neighborhood minutes before the shooting occurred. Bason allegedly drove up beside Xu’s car, hopped out, and confronted her as she exited the vehicle.

“A struggle ensued, the suspect shot Xu, and fled back to the front right passenger seat of the Lexus as it sped away,”

When police arrived, Chai and Xu were found lying side by side on the concrete

Fox News reported. Xu was taken to a nearby hospital where she later died from her injuries.

Xu had assigned Chai as trustee of her trusts and one of the beneficiaries of her insurance policy as well as her son. Investigators obtained cellphone records of conversations between Chia and Bason even after Xu’s murder.

“Chia agreed to provide Bason with a significant amount of money for murdering Xu,”

Chia and Hasheem were arrested Thursday for the murder. Chai, who was provided a single cell, was later found in his cell

“motionless on the floor.”

“It appears Chia took his own life.”

Bason is charged with

“nine counts, including murder by lying in wait, murder for financial gain, and targeting a vulnerable victim,”

he is being held without bail.