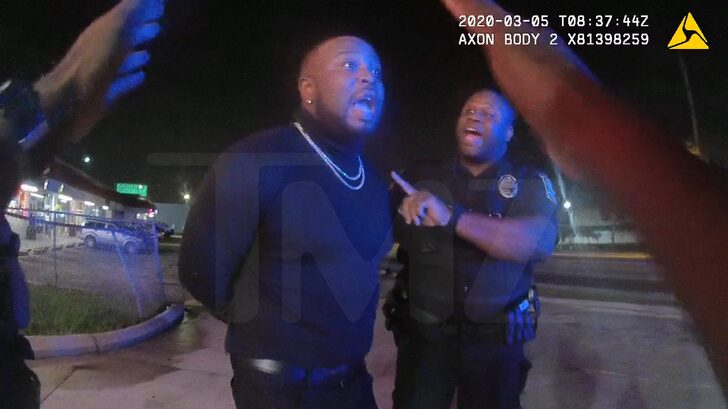 Apparently Pleasure P hasn’t reached the level of stardom to be let off the hook by police, because Miami Gardens PD still detained him after a Checkers drive-thru altercation last month.

As previously reported, the former Pretty Ricky singer was arrested last month on simple battery for throwing his food order at an employee. In the video obtained by TMZ, police attempt to calm P down and you can hear the singer say, “I’m Pleasure P”.

But one of the attending officers replies back, “I don’t care who you are.” At the end of the video, the drive-thru employee in question was being interviewed by cops, when she begins to get into an argument with Pleasure P.

Then out of nowhere, an Uber Eats driver shows up but is turned away by the officers. Apparently no one got their Checkers orders that night! Pleasure P still insists no wrong-doing on his behalf.