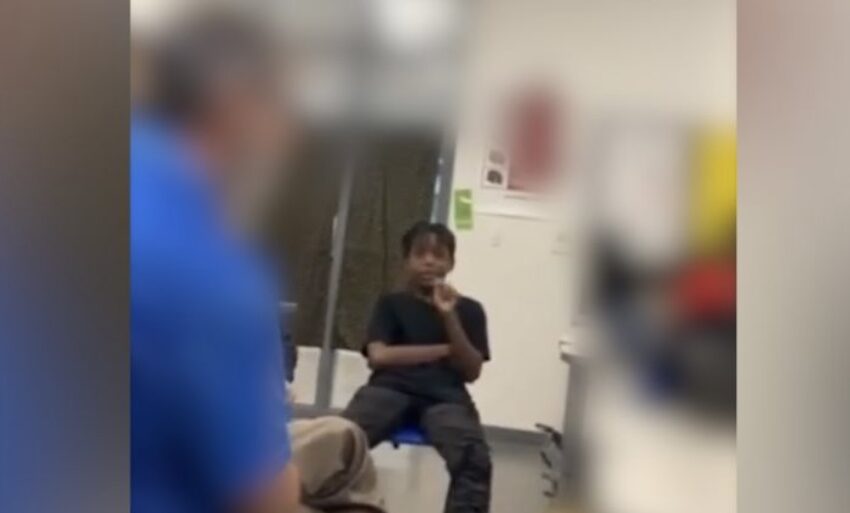 A video of a middle school teacher in Pflugerville, Texas, has gone viral after being posted on social media. In the footage, the former Pflugerville Independent School District employee is heard telling students that he believes that his race, the white one, is the superior race. Student Karmello Luellen explained what started the conversation, and how the incident made him feel, in an interview with CNN.

“It started off because I asked him about going to the restroom and he told me no because he was racist, Karmello recalls. “And then I asked him, ‘What do you mean by that?’ That’s when it started and he started talking about it.”

In the video, the teacher is seen speaking to the multiracial class as he sits on one of the desks. “Deep down in my heart, I’m ethnocentric, which means I think my race is the superior one,” he says, followed by a disapproving reaction from the students. When another student chimes in, asking if he believes that white people are better than everyone else, he double-downs on his bigotry and responds,

“Let me finish. I think everybody thinks that. They’re just not honest about it.”

The unnamed middle school teacher has since then been fired, but his words have left a lasting impression on his students. Understandably so, they feel frustrated and disappointed by an authority figure who was meant to lead by example.

“It was just like anger building up, but I controlled it and it went down,” Karmello said. In the video, you can hear him telling the teacher, “I had respect for you, but now I have no respect for you.” When asked about it, he says that he was merely speaking from the heart.

“We want to reiterate that this conversation does not align with our core beliefs, and is not a reflection of our district or our culture at Bohls Middle School,” said Pflugerville Independent School District Superintendent in a statement. “The advisory discussion was inappropriate, inaccurate, and unacceptable; and this type of interaction will not be tolerated in any PISD schools.”