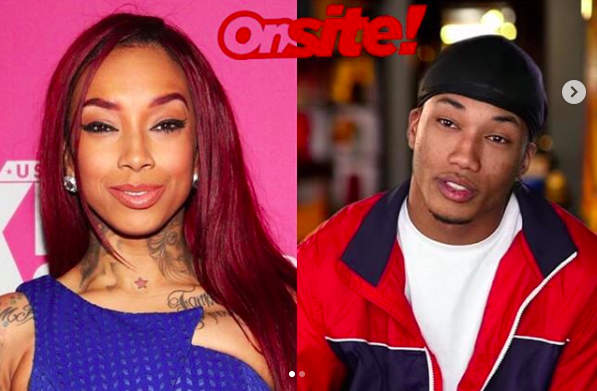 After sharing her rocky history with her two sons on TV, Black Ink Crew star Sky appears to be back at odds with her oldest son Genesis.

Fans of the show have watched as Sky worked to reintroduce herself to her two sons that she gave us for adoption as a teenager. Despite seeing her face challenges building a relationship with Genesis, Sky was able to build a bond with her youngest son Des.

But we saw that end last season when Sky accused Des of stealing from her, which he denied. Des later took to social media where he claimed Sky was only using her sons for a storyline on the VH1 series.

But, now it appears things are rocky once again between Sky and Genesis after he recently posted on Instagram saying,

“Dese bit*hes kare about how they look on social media more [than] they sons.”

Y’all think we’ll see what’s going on between Sky and her sons on the next season of Black Ink Crew NY? Swipe left below for the pic.