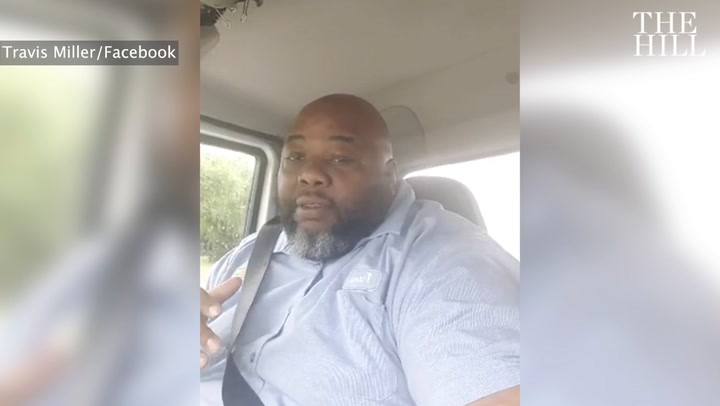 A black delivery driver was blocked from doing his job by an overly concerned neighborhood Home Owner’s Association president Monday.

Travis Miller was making deliveries in Ashford Hills when he was confronted, and recorded the confrontation on Facebook Live. The HOA President blocked in the delivery truck with his car in order to question Miller. “I want to know where you’re going,” the white man in a dark colored shirt is seen on camera saying. “My name is David Stewart,” the man says, telling Miller he’s the HOA head honcho. Miller can be heard in response saying, “I don’t care what your name is, move out the way.”

Stewart and another man continued to block Miller for more than an hour before the customer came and verified that he was there to make a delivery. Miller called cops himself but told Fox2News, police never showed up.
Do you think the cops should have pressed the HOA president over his behavior?