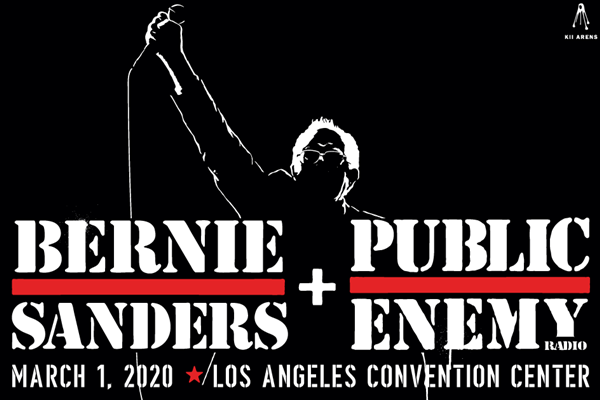 Ever since Bernie Sanders became an elected official, he has been trying to fight the powers that be. Thus, it makes sense that he asked Public Enemy to play his Los Angeles rally on Sunday, March 1st. You know, because of their 1990 hit “Fight The Power.”

The event is taking place at the Los Angeles Convention Center, South Hall GHJ. The doors open at 3p and the show starts at 5p. Public Enemy is giving a special performance, while legendary actor Dick Van Dyke and comedian Sarah Silverman will be giving speeches about the Senator. If you are in the area, you can get tickets here.

What would really be super, is if Public Enemy can find a way to get Flavor Flav to join them on Sunday. He left the band in 2009.