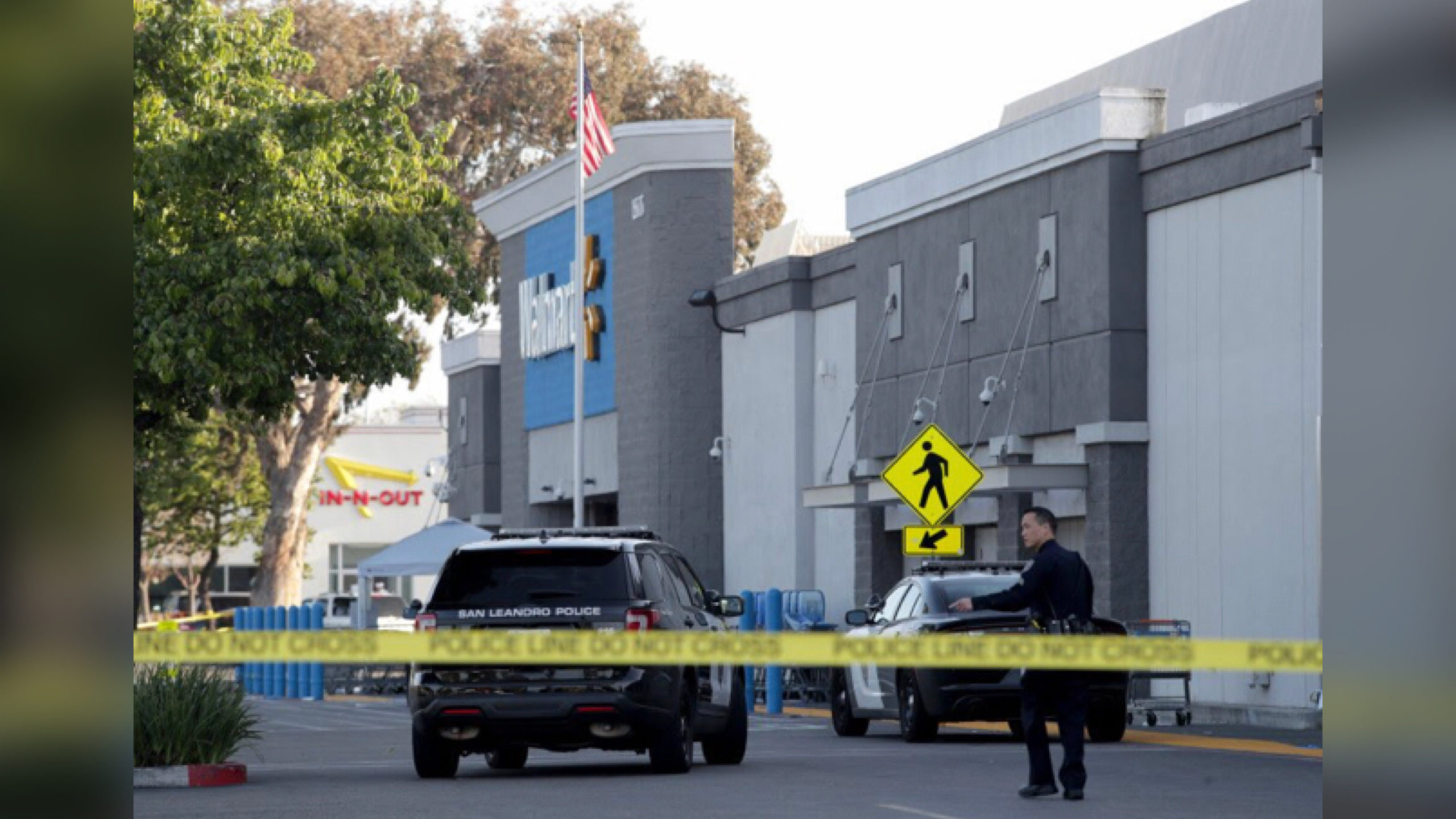 Yesterday an unidentified Bay Area man was gunned down by police officers at a Walmart in San Leandro, CA right outside of Oakland.

Cops arrived on the scene after being told the man was swinging a bat at people by the Walmart entrance. In the video, you can see where the man approached the two officers with the metal bat.

One officer uses his Taser on the man, but when he’s about five feet away, shots ring off, hitting the man in his chest.