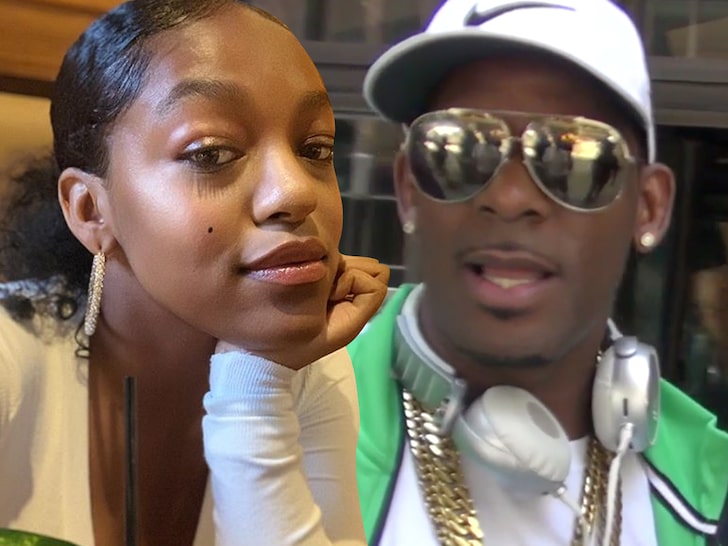 Azriel Clary has allegedly begun to rebuild her life after years of involvement with R. Kelly and her latest step forward was deciding to cooperate with investigators in his federal sex crimes case in New York.

According to sources, Clary has provided info about her personal experiences with the singer but unlike the past, she is on the offense and no longer fearful of speaking her truth.

Azriel had already been considering flipping on Kelly after cutting ties with him, and following that Pay-Per-View fight with Joycelyn Savage while she was moving out of his condo. However, Clary was reportedly afraid at the time because she had lied to federal agents several times in the past to cover for Kelly. But not anymore.

Unfortunately, there have been repercussions to her decision to flip; with sources saying she and her family have received death threats and been the target of online harassment since she left Kelly. Prosecutors are reportedly monitoring the threats but Clary is clearly not letting it intimidate her. Get your life back, girl!