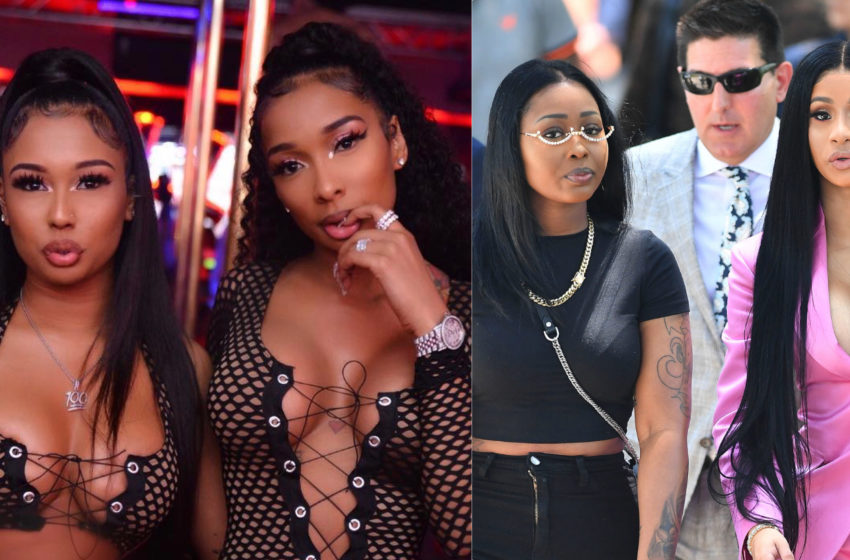 Following our earlier report on Star Brim’s implications in a NYC Blood gang roundup, it’s been revealed that the two sisters who were attacked in the Cardi B strip club case was actually ordered out by the “Godmother” Star Brim.

After a major roundup of the New York chapter of the Bloods sect 59 Brims on Tuesday, Eastern District court documents revealed that members of the gang visited and attacked Rachel and Sarah Wattley, the two alleged victims in the Cardi B strip club attack case. The two sisters were apparently attacked two weeks prior to the Cardi B incident at an NYC strip club.

Cardi is currently facing charges for what sources say was an alleged retaliation attack for perceived cheating by her husband Offset. Cardi B maintains her innocence, and has not been formally linked to the Bloods attack.

The court documents allege that Cardi B’s best friend Yonette Respass, aka ‘Star Brim,’ ordered her subordinates in the 59 Brims gang to violently attack the sisters at the Queens club ‘Angels.’ Sources say Cardi believed one of the sisters had an affair with her husband and that’s what led to the ordered attack. Star Brim allegedly ordered the hit from prison in Connecticut, where she was serving a sentence at the time.

Following Star’s alleged orders to “pop that bottle” on one of the bartenders, gang members Jeffrey Bush, Louis Love and Rodolfo Zambrano went to the club on Aug. 15, 2018, and filmed themselves beating one of the sisters. However, prosecutors say that after Star Brim saw the beating, she was “dissatisfied,” with the results and discussed whether it was painful enough or whether the 59 Brims needed to attack again.

Then, two weeks later, Cardi B herself went to the strip club where the sisters work. This is when the two women allegedly had glass bottles and alcoholic drinks thrown at them, and one of their heads slammed into the bar, Acting District Attorney John M. Ryan claims.

The “Money” rapper allegedly orchestrated the Aug. 29 attack on the sisters in retaliation against one sister whom she believed had slept with her husband Offset, according to sources. Cardi had previously confronted one of the women, ages 21 and 23, in Atlanta on June 29, 2018, the sources said. At the time, Cardi had briefly split with her cheating husband, but they later reconciled, E! News reports.

Cardi’s online court records say the “Bodak Yellow” star was charged with two counts of felony attempted assault with intent to cause serious injury. Her misdemeanor charges range from harassment to criminal solicitation, conspiracy and reckless endangerment, are misdemeanors. If convicted, all three face up to four years in prison.